I don’t think in early November of last year that I would have believed you if you’d told me that Frozen 2, of all things, would be my favorite movie of the year and would claim the title of my favorite Disney movie ever. But here we are.

It’s a year and a day since the release of Frozen 2 and the movie makes me cry every time we watch it (and yeah, I have a five-year-old daughter, we watch it a lot). So it was a huge treat to talk to Rebecca Wilson Bresee, one of two heads of animation on Frozen 2 about making the film and the impact it has had.

Before leading the animation team on Frozen 2 alongside Tony Smeed, Bresee worked on some of our favorite Disney movies, including Tangled, Zootopia, and Moana. And of course, Frozen, where she was the lead animator for Anna. But what do lead animators and heads of animation on projects like this actually do? For being a character supervisor, “you’re in charge of the character that you’re assigned and in doing so you’re kind of taking care of a character throughout the production,” Bresee told us. “Meaning you’re making sure that they look and act like themselves throughout the movie.”

But the head (or heads) of animation have an even bigger job. “We were overseeing more of the whole of the animation department,” Bresee explained. “We would kind of look after that, that team as a whole, and also collaborate with other members on our Frozen 2 and other departments to the other heads of the departments.” That means they were working with everyone, from lighting to environments to visual effects. And yes, those are all separate departments on animated films!

The great thing for many of the animators on Frozen 2 was that they had worked on Frozen. “It was kind of like getting back in touch with family that we’ve known for so long because we know you get to know these characters and the people on these films … it was a pretty special experience.”

But it was also an artistic and technical exercise as well. Between the two Frozens, there were huge technological leaps at Disney animation. They used programs to make water from Moana and rendered the film using a technology called “Hyperion” first used in Big Hero 6. Sequences like Elsa on the banks of the dark sea then taming the Nokk were a constant collaboration, starting with trips to Iceland and ending with hundreds of people doing thousands of hours of work to create perfect shots. But in ways, collaborating was the easy part. The challenge was living up to the first Frozen.

“When we first started Frozen,” Bresee said, “you’re always invested in the characters, no matter if it’s a puppy or a princess, but you never know how people are going to grasp on to the movie until it goes out into the world. So when we were working on the first Frozen, we knew it was special because we all felt very strongly about it, especially as the story kept growing and it became a sister story.” As that movie took shape, even the creators would watch as fans. “We knew was a special thing, but we didn’t know how the world would react.”

But react they did. “It’s nice when one blows it out of the water like that,” Bresee said of the reaction. The love for Frozen made expectations high, but it was a love everyone working on Frozen 2 had.”We were all already invested with the Frozen characters. What’s nice is we already knew them going into the second movie and we’re very excited to get back together with them.”

And knowing these characters meant everyone could push deeper, bringing the whole film to a more profound and character-driven place. “As we were working on this movie, it just kept like the energy kept snowballing because it just kept getting better and better.”

Bresee also explained how Frozen 2, and all animated films really, are about endless collaboration. “Each of us has our own specialty and our department and you give your little piece to the puzzle, but then everybody collaborates to make this amazing thing.” But at the heart of the film were directors Chris Buck and Jennifer Lee. “Jennifer Lee, she’s just an amazing writer. And she gives us these moments with these characters. She and Chris did a great job making fun work for us.

And the work was meaningful, as was the story. For Bresee in particular, Frozen 2‘s focus on the relationship Elsa, in particular, had with her mother was very poignant. “Originally, I was in it for the fairy tale. I love fairytales that’s why I’m as Disney,” Bresee shared.

“But when it became a sister story, it’s so much deeper because I have two daughters and I have sisters and I can relate to that. But Frozen 2 actually took it a step farther for me,” she explained further, touching on Elsa connecting with her mother who had died, “during the production, my mom passed away. So it spoke to me in a big way and to many people, many people on the crew and in the world.” 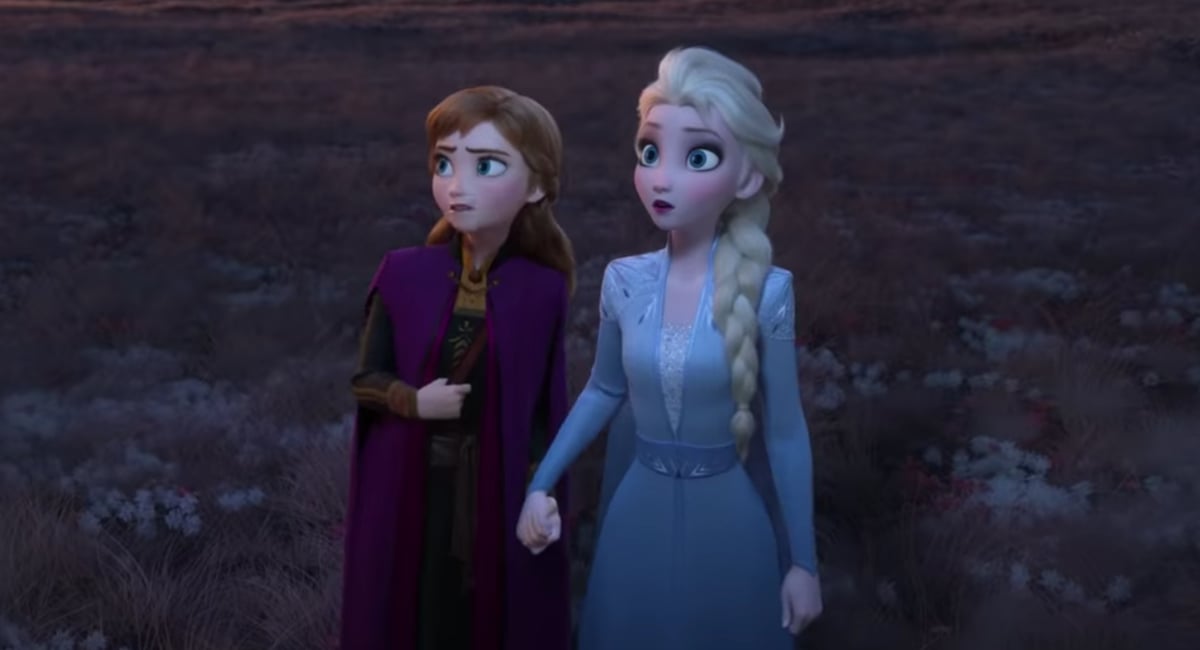 And that’s why animation and fantasy are so important, and why entertainment “for kids” can be so incredibly moving, because they give us ways to process the hardest parts of life. That’s a lesson children need, but it’s also incredibly profound for adults too. For Bresee, that’s why “Show Yourself” is one of her favorite sequences, not just from an animation standpoint, but from an emotional one. And the outpouring of love for this movie in the year since its release has been huge and incredibly moving for the creators.

“We saw essays come out,” Bresee told us, “About what songs like ‘The Next Right Thing,’ meant to people; what people were taking from those songs, which we saw similarly with songs, like let it go. It’s just very powerful.” This movie has really inspired and moved people, especially those who were struggling.

Knowing the work moves people, Bresee said was one of the “great joys” of her job: “It’s also really great to know that sometimes these things can help people through different moments in their life and it means I bring joy.”

And that’s why, a year later, Frozen 2 still feels fresh and moving and vitally important in a hectic world.  It wasn’t just a beautifully made movie with good jokes and great songs, it touched on something very profound in a way few works of art achieve, and that why it’s one movie we won’t be letting go of any time soon.