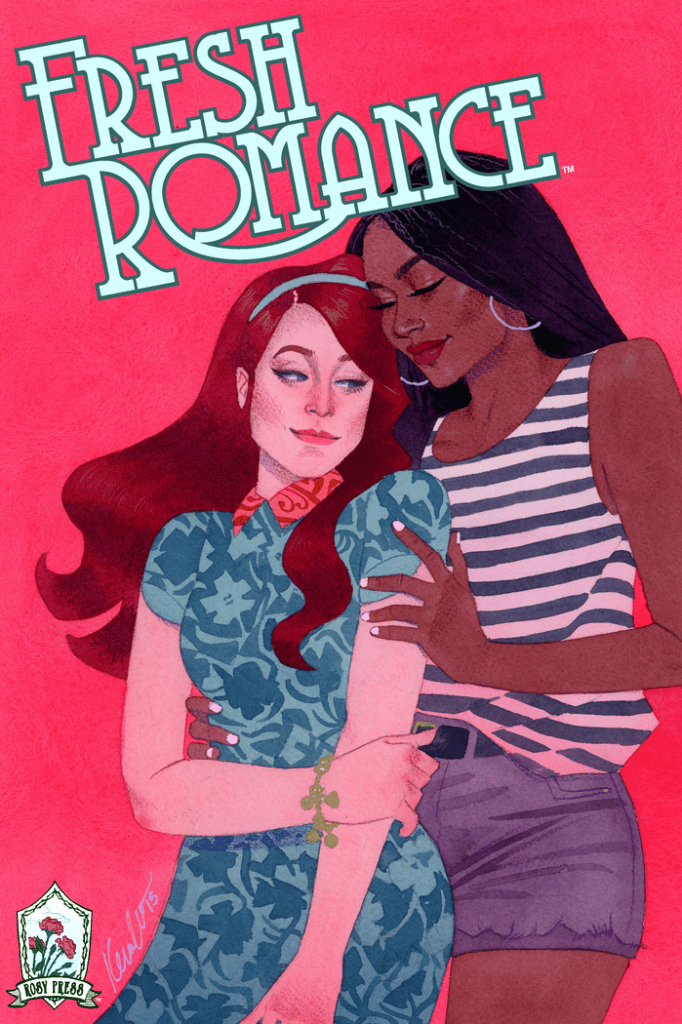 Earlier this week, I simultaneously launched my new publishing company, Rosy Press, and the Kickstarter for our first project, Fresh Romance. Fresh Romance is a monthly, digital romance comics magazine that will feature three 10-page comics per month – some of these comics will be ongoing and will continue from issue to issue while others will be done after just 10 pages. It’s important to me that we don’t simply leave making room for women in comics to existing publishers – having a company that mostly employs women, featuring primarily women protagonists, making comics that will hopefully appeal to women is my way of saying “I’m all in on women being a viable and important part of the comics industry.” So, I wanted to write about how I decided this was a worthwhile endeavor and the role The Mary Sue played in that decision.

I’ve held a lot of different kinds of jobs in comics, including as a comic shop employee, a journalist, an editor, and now a publisher. I worked at DC Comics and Disney Publishing as an editor and probably worked with a lot of characters people recognize. I had never really thought of going the independent route until I started getting my masters in Publishing at Pace University while I was at DC. Not only did I have a ton of class projects all about building a publishing line, but I learned a lot about the business of publishing – not just the business of comics.

Book publishing absolutely needs women readers. Women consistently read more than men, as a demographic, and they also read more on e-readers than men. But as, I’m guessing, most folks reading this site are well aware, comics haven’t exploited women’s love of reading in well nigh 60 years – not truly. And then things started to change…

I’ve been thinking about women as a demographic for a while, now, especially since grad school, and trying to study how to broaden comics so women felt welcome and appreciated. The doors have been opening slowly over the last couple years as more and more women become readers or make waves as creators. Seeing that young women were the fastest growing demographic in comics and that women now make up nearly half of the attendees at major conventions like NYCC was just further support that my impressions were correct.

While I was the weekend editor at The Mary Sue, every day, every hour of every weekend, I saw women coming to post about loving geek culture. It started to feel like, as these waves of women have grown over the last couple years, if I could help make room for them in comics, that my time in this industry would be worthwhile.

As time goes on, Rosy Press will employ more men (and hopefully more trans and non-binary people – please pitch!), and we are absolutely open to non-female protagonists. At most, our non-women contributors will reach parity with our women contributors. And we want everyone to feel welcome picking up an issue of Fresh Romance (if they’re over 17, of course). But the truth is that by launching with the lineup we currently have, I hoped to signal that we are throwing the doors of the comics industry open for women everywhere.

There’s been a lot of positive attention for Fresh Romance and Rosy Press this week and that’s tremendously exciting to see. I have massive ambitions for this imprint and that means we still have a long way to go.