French Company Trademarks Anonymous Logo, Is In For a World of Hurt 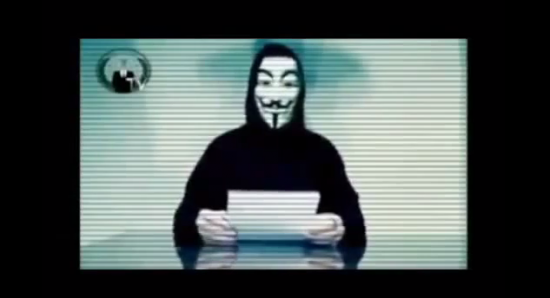 “We are legion. We do not forgive. We do not forget. Expect us.” This familiar slogan of the Guy-Fawkes-mask-wearing, DDoS-attacking, loosely associated hacktivist group, Anonymous, has allegedly trademarked by a French t-shirt company along with the group’s logo. Anonymous supporters have retaliated, releasing a YouTube video declaring war on the French retailer in “Operation AnonTrademark.”

You just don’t mess with Anonymous. It just isn’t a good idea. The hacktivist group, which has previously declared retaliatory war on entities such as Sony and even the Spanish Police, is now allegedly targeting the French retailer, Early Flicker, and the custodian of the brand, Apollinaire Auffret. The trademark was filed in February of this year and was discovered by Twitter user, @asher_wolf. Anonymous supporters have already dug up a good deal of information regarding Early Flicker and Auffret, including the servers running the retailer’s website as well as Auffret’s phone number, personal email address, and even the year of his university graduation. Although nothing has happened as of yet, the wrath of Anonymous may be brewing.

Apollinaire Auffret clearly had no idea what he was getting himself into. A quick look at Early Flicker’s store on Ebay makes it clear that the retailer produces tee’s sporting such geek-themed designs as a 1-Up mushroom and the text “I love Japan.” The trademark was most likely filed to cash in on the emerging trend of geek-activism. But Anonymous wasn’t so keen on that idea.

Supporters of the group produced a YouTube video (seen below) stating that “The name of Anonymous will not be the whore of the world.” The video is not atypical of videos we have seen in the past; it features a text-to-speech voice and a representative of Anonymous in a Guy Fawkes mask, declaring war on Early Flicker. The eerie electronic voice states that Anonymous will launch an attack known as “Operation AnonTrademark” and will not rest until the trademark has been revoked and a public apology has been made.

We will have to wait to see how all this will unfold. If we’ve learned anything about Anonymous, it’s not going to end well for Early Flicker. Take a look at Anonymous’ message: