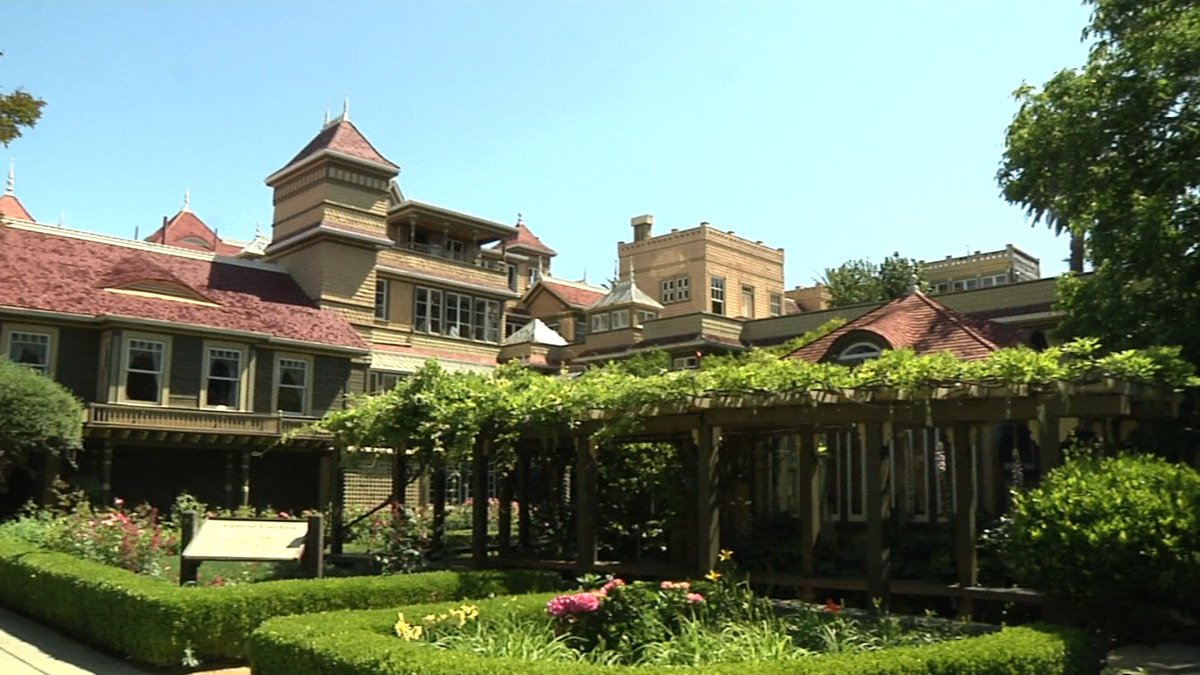 Listen, there’s social distancing, and then there’s spending 38 years locked in a house, building and adding to it constantly so that ghosts won’t torment you. You may think you have this isolation thing down, but you’re nothing compare to Sarah Winchester. If you’re unfamiliar with her story, you’re in luck: because you can now take a virtual tour of her expansive “mystery house” for free.

Sarah Lockwood Pardee was born in New Haven, Connecticut in 1839. She went on to marry William Winchester, the heir to the Winchester arms fortune and company, in 1862. Sarah’s early life was marred by tragedy and turmoil. Her only child died in 1866, even as her husband’s fortune and the family company grew. They released the Winchester Repeating Rifle in 1873, which came to be known as “the gun that won the west.” But less than a decade later, both Sarah’s husband and father in law would be dead.

Legend has it that Sarah was told by a spiritualist medium soon after her husband’s death that the tragedy in her life was due to the souls of those that had been killed by the Winchester rifles coming after her family, and that the only way to confound the spirits out for her would be for her to find a house and start building it out and never stop.

Sarah purchased the small, two-story farmhouse in San Jose that would become her sprawling villa in 1886 and did as the medium suggested. She started building and didn’t stop until her death in 1922. She was able to do this thanks to inheriting a fortune from her husband’s family and maintaining a large stake in the Winchester company.

The house, which Sarah called “Llanda Villa,” is full of details that are both confusing and creepy, from the doors and staircases to nowhere, secret seance rooms where she would receive building instructions from spirits, and a preoccupation throughout the house with the number thirteen, as well as spiderweb patterns. It’s a major tourist attraction in San Jose and the name Winchester has become synonymous now not just with guns but with mystery and the, um, Supernatural.

With sites like the Winchester Mystery House shut down, it’s easy to think you can’t visit. But that’s not the case. You can enjoy the house’s free, 45 minute (!) virtual tour. This tour is usually something you have to pay for, even to watch online, so it’s a very cool opportunity to see all the secrets of the estate while you’re staying home.

And hey, you might feel inspired to do some home improvement of your own after. We don’t think it will help keep away coronavirus, but it will certainly keep away the boredom. Take the tour on this link.