Free Guy Isn’t a Good Movie, It’s a GREAT Movie (See What I Did There?) 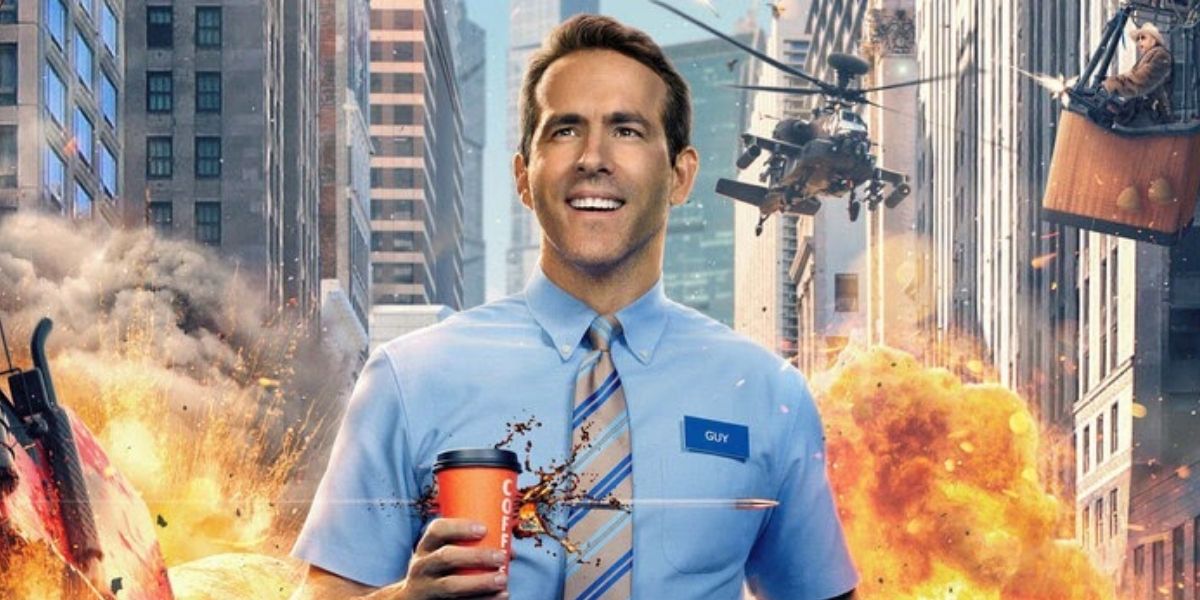 I went into Free Guy expecting a Ryan Reynolds version of Wreck-It Ralph, but instead of a family-friendly retro game like Fix-It Felix Jr., we got Free City, a game where robberies are so common that there’s an NPC who keeps their hands in the air at all times.

Guy (Ryan Reynolds) takes it all in stride, but it doesn’t take long for him to activate this gif:

While Free Guy is very much the description I gave it, I was surprised, and delighted, to find out that the trailers only offer half of the story. The other half centers on Jodie Comer’s Millie (username Molotov Girl) and the gaming industry itself, more specifically, how CEOs like Taika Waititi’s Antwan are extremely toxic to the community.

These stories are weaved together with all the self-aware humor you’d expect from a film whose ad campaign had Deadpool and Korg reacting to the Free Guy trailer and, of course, enough gaming references, cameos, and easter eggs to keep us powered-up throughout its runtime.

A bank teller who discovers he is actually a background player in an open-world video game decides to become the hero of his own story, one he rewrites himself. Now in a world where there are no limits, he is determined to be the guy who saves his world his way … before it is too late.

Why Free Guy is more than good

It’s impossible to walk out of this movie without a Guy-patented smile on your face – especially if you’re a gamer. Not only is the story a lot of fun, but you also get the feeling that everyone working on the movie had a good time making it. This is one of those movies where I expect to see behind-the-scenes footage of everyone trying to keep a straight face as Taika Waititi sits in his chair like this: 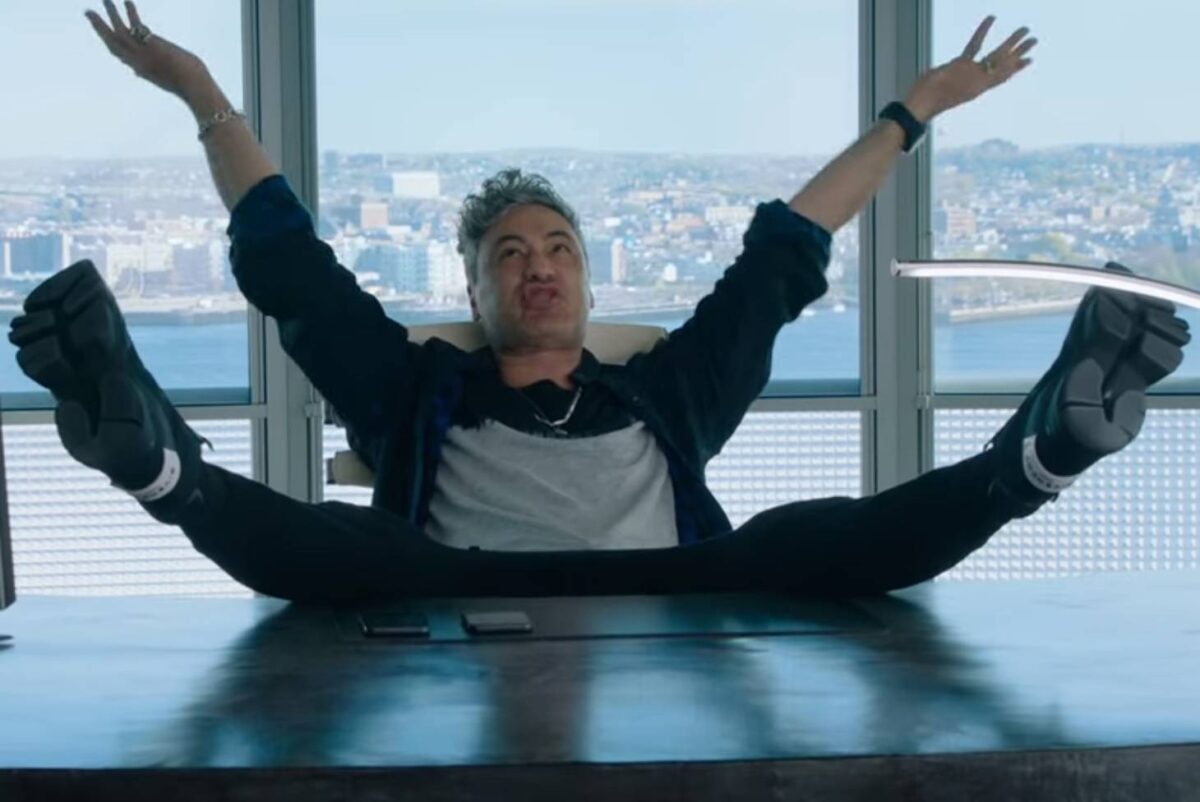 The movie delights in using video game staples you’ll recognize, like characters healing via health packs and going through an inventory slot in order to find the appropriate weapon to use in battle. Even the visual differences between NPCs and player characters are exactly what you’d expect. NPCs are pretty plain looking—I mean, Ryan Reynolds tries to look plain in that blue shirt—compared to player characters showing up with colorful hair and over-the-top outfits.

I bet the bunny suit takes SO many experience points to unlock.

As I watched Free Guy I realized that it was less about having video game cameos and easter eggs and more about using video game elements to tell its story. That’s not to say there aren’t any wink to the camera moments. Frankly, Free Guy has some of my favorite nods to gaming (and geekery) that I’ve seen in a while, they’re just seamlessly incorporated into the world because Free City is the kind of game where you’d expect item drops and character skins from other franchises.

Coming into the movie, I expected to see Guy feeling discontent with his repetitive life, but as I watched gamers gleefully tell each other to “waste that mother—” I kinda got the impression that Guy (and the rest of the NPCs) are basically underappreciated employees who are necessary to keep things going. They aren’t allowed to do the simplest things, like change their coffee routine, because they’re NPCs who have a very specific role to play.

It’s not just about being seen as a background character, it’s about how those background characters are treated by everyone else. Not only do we get the “I can be more than what they tell me to be” message, but there’s a pretty solid “stop taking workers for granted” narrative running alongside it.

I wasn’t expecting that, nor was I was expecting the huge plot going on outside the game. That’s where Millie comes in. She’s got her own reasons for going into the game that are a lot deeper than the trailers showed and I am so glad her story doesn’t hit you until you watch the movie (unless you look up spoilers, of course). This is also the case with Antwan, who we know is trying to destroy the game, but his reasons are SO relevant to conversations had within the gaming community and, furthermore, the movie illustrations how his actions affect everyone around him (both inside and outside the game).

I genuinely feel like Free Guy was written for gamers, not just because of the humor, the references, and the unapologetic use of Mariah Carey, but because of what it’s saying about the industry itself. We get the joy and the fun of gaming, along with a reassuring message of breaking out and doing your own thing, but we also get, well, Antwan (I’m convinced that Taika Waititi didn’t get a script and was told to just walk on set and be as cartoonishly villainous as possible).

As a gamer and general fan of films that make me laugh a whole lot, this is my sweet sweet fantasy of a summer movie.

Free Guy will be in theaters on August 13th.