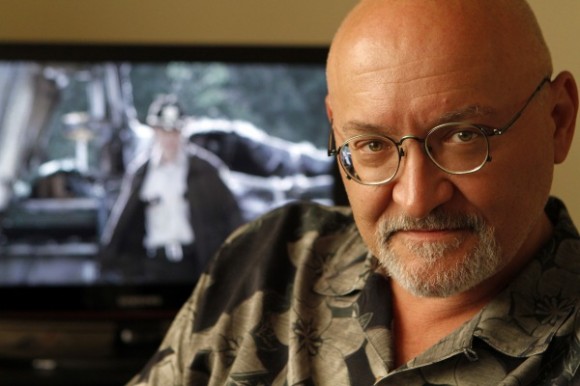 Just days after promoting his show, AMC‘s The Walking Dead at Comic Con, showrunner Frank Darabont has announced that he’s quitting. You might recall that right after the first season of the show, Darabont fired the entire writing staff. So clearly, he is no stranger to drastic measures, even if it means leaving the show he tried to get on television for five years.

Everything seemed fine at the Walking Dead Comic Con panel, where Darabont sat with his other executive producers Gale Ann Hurd and Robert Kirkman, creator of the Walking Dead graphic novel. According to Deadline, they were all discussing how excited they were for the second season, showing no signs of the announcement that came today. Executive producer Glen Mazzara (who was the showrunner for The Shield) is expected to take his place, though it seems like Darabont might stay on in some capacity.

So, why the sudden departure? There doesn’t seem to have been any indication that this was going to happen. HitFix speculates that it might be related to the transition from movies to television, though he said himself that he was excited about just that, stating, “If I’d known how much fun it was, I’d have done it years ago.”

But now it seems that it’s a matter of being able to have more control over the scripts he puts his name on as a producer. Darabont wrote and directed the pilot episode, seen as the best episode of the first season, and the one that helped make The Walking Dead AMC’s most watched show. After that, well, we know that he fired the whole writing staff. Perhaps having to be responsible for multiple scripts didn’t give Darabont the satisfaction of being able to really develop the stories he wanted. And now that the second season will have 13 episodes (season one had 6), he’d get even less of a chance to really dig into the scripts.

So far, this change will not affect the second season, which is in production now and will premiere October 16. But on the eve of the Television Critics Association press tour, that is one hell of a bombshell.