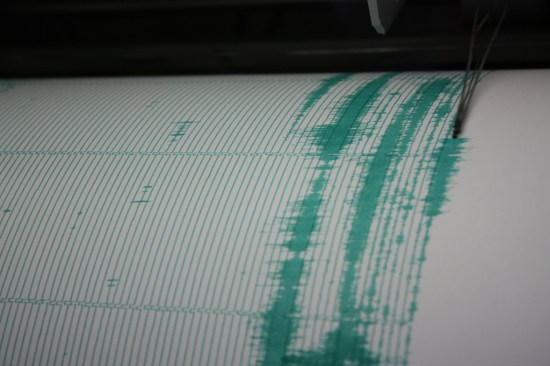 A report released by Cuadrilla Resources confirms that hydraulic fracturing, called “fracking,” triggered a series of minor earthquakes in northwest England. The report found that the earthquakes set off by the fracking, which is used to extract natural gas from shale, were between 1.5 and 2.3 on the Richter scale. This would place the seismic events in the category where they would be large enough to be recorded, but unlikely to be felt.

During the process of fracking, huge amounts of water are piped deep into the Earth at high pressure in order release natural gas trapped in the rock. It has been criticized by environmental groups for possibly contaminating ground water with natural gas, and releasing the gas into the atmosphere. The finding that fracking can also play a role in something as troubling as an earthquake will surely not allay the concerns of fracking’s critics.

Though Cuadrilla admitted the connection between their operations and the earthquakes recorded between, they take great pains to point out that it is highly unlikely to happen again. They describe the seismic tremors as a result of an “unusual combination of geology at the well site.” The report goes on to say that the occurance was unlikely to happen again, and foresee a 3.0 quake as a “worst case scenario.” This would still be classafied as a “minor” earthquake.

Interestingly, some commentors on Reddit claim that actions by the Cuadrilla released already pent up geological tension. This, they say, could have spare regions from a much larger quake sometime in the future. Of course, the accuracy of these claims cannot be easily confirmed.

What this means for the future of the natural gas extraction method is uncertain. Britain temporarily suspended fracking operations after the tremors were originally recorded back between April and May of this year. France has already banned shale extraction over water contamination concerns. While fracking has continued in the US, there have been studies into the possible seismic ramifications of the extraction process.

If nothing else, the episode demonstrates that there is no easy solution to huamnity’s need for energy, and that there can be disconcerting side effects to any such operations.