Fox Wants to Create an All-Simpsons Channel, Because We Definitely Need That 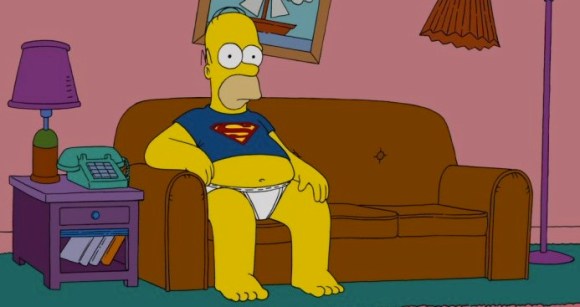 Before we give you the details, this is not official and even if it was, it won’t happen for several years and not as long as new episodes of The Simpsons are being produced. But Fox has a brilliant idea to continue to capitalize on the longest-running animated show in history: give it its own channel. One channel, all Simpsons, all the time. Because after 23 years on the air, Fox refuses to accept a world in which they cannot make money off of The Simpsons. Look, we like The Simpsons. But how badly does this need to happen?

First consider this: The Simpsons will surpass the 500-episode mark during its upcoming 23rd season (which starts September 25). That alone (and it will obviously exceed that amount) is 11,000 minutes of shows. /Film did the math and figured out that if this channel ran every episode of The Simpsons without commercials, they wouldn’t have to start rerunning the reruns for nearly 11 days. To say nothing of specials, the movies, or new content they might create. So, they definitely could do this if they wanted to, if they absolutely felt compelled to do this.

The COO of News Corp. (which owns Fox) Chase Carey has said that the network is looking for ways to increase revenue from the show because apparently, DVDs, endorsements, and syndication are not nearly enough for them.

Carey said there have been a “number of meetings” to determine how to capitalize on its library of episodes of The Simpsons and he mentioned a digital channel featuring nothing but Homer and the gang as being a possibility. Carey said it is incumbent on the company to take advantage of a show that is “unique in television with a volume, too, that is unprecedented.”

Which leads us to ponder: Are we really clamoring for a 24-hour Simpsons channel? People joke all the time about giving Law & Order its own channel because of its ubiquitous presence on cable, but it’s unnecessary. It has its own channel, and it’s called “Cable Television.” Family Guy is not dissimilar, appearing in syndication on several cable channels including TBS and Cartoon Network‘s Adult Swim block. So, we don’t exactly need a channel, but if it’s going to make Fox money, then it is pretty much a certainty that it will happen.