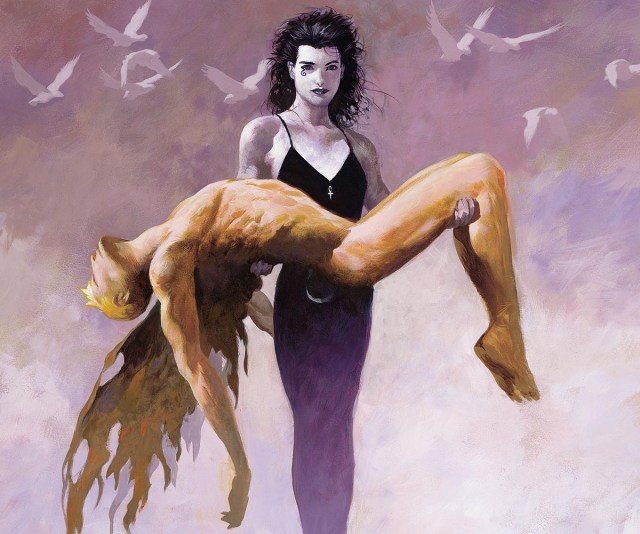 Yup, another DC Comics property is getting the pilot treatment.

We previously heard Fox was looking to make a television show out of Neil Gaiman’s Sandman character who went on to feature in his own Vertigo Comic from Mike Carey.

“Following a prolonged deal-making process, the network on Thursday handed out a pilot pickup for Lucifer,” writes The Hollywood Reporter. “Additionally, Jerry Bruckheimer and Sleepy Hollow EP Len Wiseman have boarded the drama. From Californication creator Tom Kapinos, the drama centers on Lucifer, who is bored and unhappy as the Lord of Hell and resigns his throne and abandons his kingdom for the beauty of Los Angeles, where he gets his kicks helping the LAPD punish criminals.”

Kapinos will also be writing the pilot script and executive producing.

In other Vertigo adaptation news, NBC’s Constantine still has not been renewed. You may recall the network halted production after 13 episodes, which many took as a mark of death, but here’s the latest from executive producer Daniel Cerone.

.@Dragonpiece NBC made some early pickups but #Constantine not canceled. We’ll pitch them our plans for 2nd season in May. Then they decide.

That’s like… horrible. I’m already of the mind that most networks don’t give shows the necessary time to gain traction with viewers but if you’re going to end it, just end it. Either way.