Thou shalt not silence Neil! 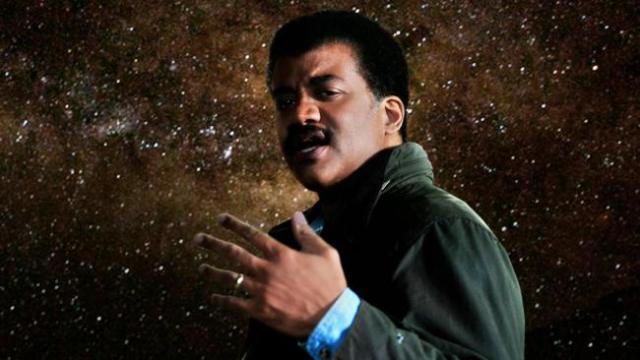 For a show as all-encompassing as Cosmos, it’s surprising that the series’ only reference to evolution so far lasted less than a minute. And if you live in Oklahoma City, Fox News affiliate KOKH-TV didn’t even want you to see that.

Before watching the clip I was willing believe KOKH-TV’s conveniently placed ad was an act of stupidity and not censorship, but the unbelievably bizarre editing makes it pretty clear that this commercial break was just a poorly disguised attempt to cut some science out of a science show. Honestly, I’m surprised the news clip doesn’t claim that “their biggest earthquake” was punishment for the Spaceship of the Imagination.

If  you were one of the Oklahoma viewers whose broadcast was rudely  interrupted, here’s Cosmos‘ entire text thus far on evolution:

We are newcomers to the Cosmos…Our own story only begins on the last night of the cosmic year…Three and a half million years ago, our ancestors — your and mine left these traces. We stood up and parted ways from them. Once we were standing on two feet, our eyes were no longer fixated on the ground. Now, we were free to look up and wonder.

As far as a statement of beliefs on evolution goes, Cosmos‘ script could have been far more divisive. If those relatively mild 30 seconds offended KOKH-TV, they should hire better editors and strap in for a wild ride. As one Youtube commenter points out, “just wait until they start addressing man-made climate change”.

(via Uproxx, images via Cosmos)