"We will not go quietly into the night! We will not vanish without a fight!" (Wrong President?) 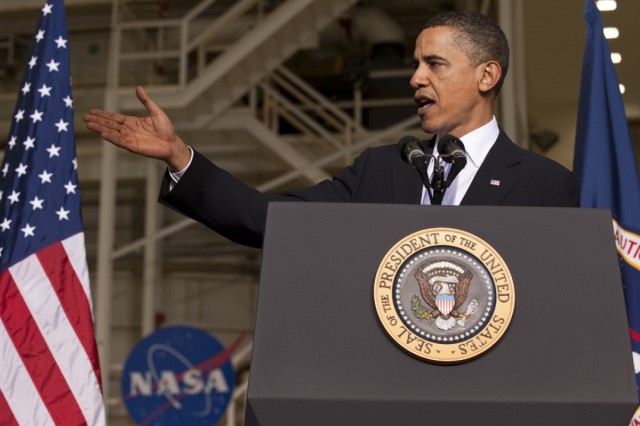 Cosmos is premiering tonight, and we here at Geekosystem are ridiculously excited about it. We’ve had the chance to screen the first episode, and it’s truly incredible. But just when we thought we couldn’t be any more excited about this show, we found out that President Obama was going to be adding an introduction to the series before it airs.

In case you’ve missed all our super-stoked posts about the show, FOX’s Cosmos is a reboot of the Carl Sagan classic. With Neil DeGrasse Tyson and Seth McFarlane on board, Cosmos focuses on the history of humanity’s discoveries surrounding space, time, and the universe. Obama recently screened the first episode of the spacetastic new series at the White House, and his nationally-broadcast introduction to the series will apparently focus on encouraging youth to “embrace the spirit of discovery.”

Geekosystem’s own Victoria McNally is really invested in the show (they sent her to Space Camp!), and she wrote a really excellent piece on all the reasons you absolutely must watch the new series tonight. Go check it out – she talks in detail about the score, animation, graphics, and why Seth McFarlane is involved with this at all.

Cosmos premieres tonight on FOX at 9pm and on National Geographic at 10pm. Don’t miss it!

(via Mediaite, image via NASA)