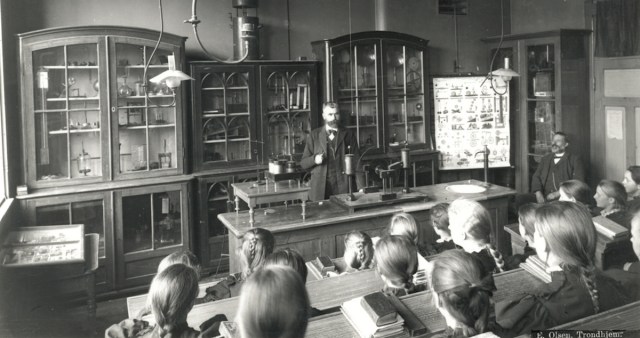 The theory of evolution is overwhelmingly supported by plenty of evidence, and most importantly, it’s science, so no, there shouldn’t be a parental notification requirement that it’s being taught in science class. That should be assumed. Still, Missouri is trying to enstate one with a new bill.

The bill would require schools to notify parents when they teach evolution so that parents can take the totally rational step of yanking their kids out of that class before the devil can taint their precious thoughts. Here’s the bill, sponsored by State Rep. Rick Brattin (R), in its entirety, since it is literally the shortest one I have ever read:

To amend chapter 170, RSMo, by adding thereto one new section relating to the teaching of the theory of evolution by natural selection.

Be it enacted by the General Assembly of the state of Missouri, as follows:

Section A. Chapter 170, RSMo, is amended by adding thereto one new section, to be known as section 170.019, to read as follows:

170.019. 1. Any school district or charter school which provides instruction relating to the theory of evolution by natural selection shall be required to have a policy on parental notification and a mechanism where a parent can choose to remove the student from any part of the district’s or school’s instruction on evolution. The policy shall require the school district or charter school to notify the parent or legal guardian of each student enrolled in the district of:

(1) The basic content of the district’s or school’s evolution instruction to be provided to the student; and

(2) The parent’s right to remove the student from any part of the district’s or school’s evolution instruction.

2. A school district or charter school shall make all curriculum materials used in the district’s or school’s evolution instruction available for public inspection under chapter 610 prior to the use of such materials in actual instruction.

This guy also presumably won’t let his kids play Pokémon. Not for the “it’s basically cockfighting” aspect, but because of all the evolving.

I don’t have any problem with parents knowing what their kids are going to be taught. Where my problem lies is in the fact that this bill specifically targets evolution and would allow parents to remove their kids from being taught one of the basic foundations of science. Not to mention the fact that “instruction relating to the theory of evolution” covers a pretty wide range of science, which opens the door for all kinds of nitpicking of science curriculum.

According to Talking Points Memo, Brattin shared his own thoughts on the matter with the Kansas City Star. “It’s an absolute infringement on people’s beliefs,” he said. “What’s being taught is just as much faith and, you know, just as much pulled out of the air as, say, any religion.”

That’s exactly where he’s wrong. Science and religion are two very different systems for answering life’s questions. That aside, though, he’s also completely ignoring the fact that schools are supposed to teach science, and evolution is a part of science. They are directly not supposed to teach religion, which is why creationism and intelligent design aren’t given equal deference in science classrooms.

You know, because of that pesky fact that they’re not science.

Not only that, but the fight between religious groups and evolution is just plain ridiculous. Religion comes with a built-in response for such occasions, and I’m really not sure why some religious people decide not to apply it here. How do you reconcile religion and evolution? “God created evolution, duh. You scientists think you’re so smart, but someone had to set the whole thing in motion.” Problem solved. Now we can all go back to only being mildly frustrated with each other.

As our friend Bill Nye has said:

If you want to deny evolution and live in your world that’s completely inconsistent with everything we observe in the Universe then that’s fine. But don’t make your kids do it, because we need them. We need scientifically literate voters and taxpayers for the future. We need people that can — we need engineers that can build stuff. Solve problems.

You can watch his full quote in this Big Think video.

(via io9, image via Municipal Archives of Trondheim)