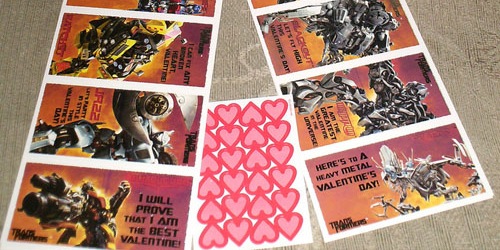 Bay will bring audiences a new take on the “Transformers” franchise as he begins production on the fourth installment in the hit series of movies based on the best-selling Hasbro toyline. The third, and most recent installment of the franchise, “Transformers: Dark of the Moon,” is the fourth highest global grossing film of all time with 1.24 billion dollars of worldwide box office success. Directed by Bay, the movie will re-unite the filmmaking team from the hit franchise, including producers Lorenzo di Bonaventura, Don Murphy, Tom DeSanto and Ian Bryce; and executive producers Steven Spielberg, Bay, Brian Goldner and Mark Vahradian. Paramount Pictures will release the film on June 29th, 2014.

So much for all that hemming and hawing about Bay and producers leaving the franchise. Also, a new take? Are we talking reboot new take, here; or just plain old marketing speil new take? Is the whole thing going to be in space? Are they going to hire a new underwear model to fill in for the actress who decided there was no longer enough money in the world to get her to arch her back for Michael “Explosions” Bay?

And now, a conversation that just happened in the official The Mary Sue group Gchat:

Jamie: Oh good! He got my letters.

Susana: haha I hope they were like the letters in civil war documentaries

The harvest was hard this year, without our robot servants.

Jamie: For at least a fortnight, I’d been yearning for another roundabout with our metal saviors.

As I watch the sun set over the Appalachian hills, I wonder when I’ll see the sun shining on them, a glint of light, signaling their long-awaited return.

I’ll be washing the carriage at the peak of the afternoon. Will they find me there? Will they know I am waiting? I’ll send them a signal by hanging my most heavy clothing up in a tree. For this day, I will relinquish my modesty and wear nothing but suds and hope.

Our dear aunt Harriett-Mae has baked up a round of pies that she’s left on the window sill. I know that they will be most welcome upon the arrival of our battle-weary robots.

While I do not believe they possess the ability to sense their scent or warmth, I know that deep in their God-fearing souls, they know these pies come from a faithful hearth.

With that, I end my current message to you, dear Michael. I was ever so happy to hear of the return of the robots, to know that despite our distance, you heard my prayers, and the prayers of our humble country town. As you know, I express myself best in writing and near-nudity, and not in spoken words. It is with those glistening parts of me that I will greet our friends.

And so today was also the day we found out that Jamie writes incredible fake Civil War documentary letters.