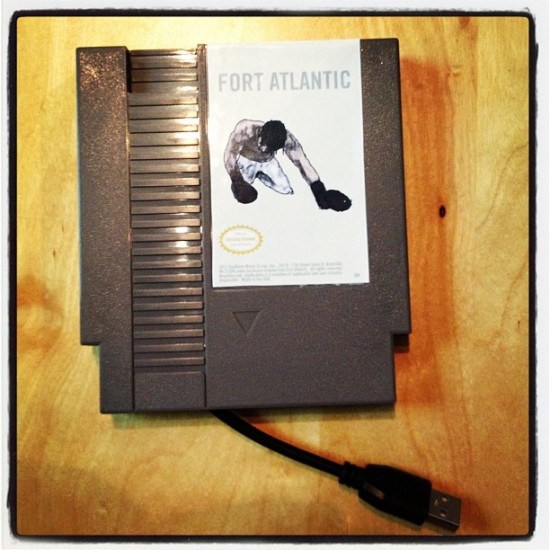 For their self-titled album, Fort Atlantic wanted to do something different. With many bands opting to provide alternatives to iTunes and CDs, the Birmingham, Alabama band decided to stuff a digital copy of their album onto a custom NES cartridge.

Unfortunately, the Fort Atlantic album won’t actually run on your classic game machine. Inside the cartridge is a USB flash drive preloaded with the album as an MP3 and a lossless version, a bonus EP, artwork, photos, and video.

While the lack of NES playability might be a bit disappointing to some, it’s interesting to see a band chose to package their music like this. Frontman Jon Black says that he was inspired by the excitement he had as a kid getting a new NES game. Like a record, old game cartridges didn’t tell you a whole lot about what kind of game you’d be playing — perhaps that disconnection between what’s outside and what’s inside is what made Black decide to go in this direction.

For those interested, the NES cartridge release is extremely limited — only 50 being made — and costs a mere $25. Not bad for a limited release of any album. For those less interested in the anachronistic packaging, the album is available on iTunes for the quite reasonable $7.99. If you’re curious about what kind of music is crammed inside, you can take a listen below.