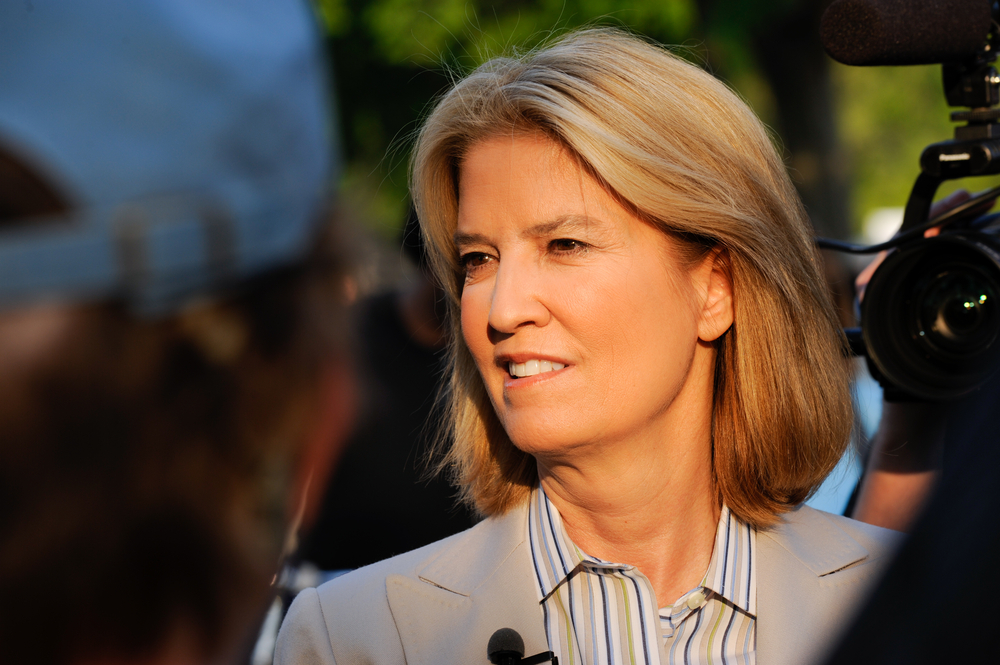 It’s no secret that the Fox News network has a history of sexual harassment complaints. The issue has finally been getting its due attention after Gretchen Carlson and more than 20 other women spoke out last summer with allegations against then-chairman Roger Ailes. Ailes was ousted from the network, unlike Bill O’Reilly, who, as we heard this weekend, has settled numerous harassment lawsuits with women at the network and spent millions of dollars in the process. And just today, another suit was filed against Ailes and Fox for harassment while he was still at the network.

That last suit, or more likely O’Reilly’s battles, may be why former Fox anchor Greta Van Susteren (who moved over to MSNBC a few months ago) has started an otherwise inexplicable Twitter rant over the way “big corps” handle sexual harassment. She seems to think it’s a big waste of time. Or at least, of her time.

in big corps,everytime someone is rude and sex harasses…all the non offenders who don’t do it get send to sex harass class…go figure

Yes, she’s complaining about having to sit through a class about sexual harassment, which she thinks anyone with “manners” shouldn’t be bothered with.

sex harass offenders need sex harass class(and fired?)-not the rest of us who are decent &have manners-yet non offenders get sent to class

She truly thinks that harassment is “really about good manners and being decent.”

Chances are if you have old fashion manners…you won’t sexually harass…you will know the proper limits-do you need a class?

She also claims the classes don’t actually aim to address the issue in a meaningful way.

And that may be valid; I don’t know. But then why not call out those practices, rather than the “bad manners” of the perpetrators? A lot of people on Twitter have called out a number of the points Van Susteren is missing, and there are a lot. For starters, those classes aren’t just an etiquette class for rude men. They train those responsible for handling complaints and accusations. But like her own personal Breakfast Club, Greta’s still annoyed she has to show up.

Then perhaps train the managers? But what happens is that ALL of us who have manners and don’t do it and are not managers get sent to them https://t.co/vpmnPu9ZNs

Others pointed out that those classes also give information and a positive, supportive context for those wishing to file complaints. And, perhaps the most relevant here, they are meant to create an environment where sexual harassment is known not to be tolerated. And that’s something that Van Susteren herself absolutely needs to learn. Because by minimizing the issue of sexual harassment to a problem with “manners,” she clearly not only has no idea what sexual harassment and sexual assault look like, but she’s adding to a culture in which it’s swept under rug, and not talked about unless you force a conversation. This type of talk presupposes that harassment is always overt, and that it only affects a few individuals, rather than being something that exists as a culture, as it so clearly does at Fox News. Harassment is, obviously, on the perpetrator, but the culture that allows it takes everyone’s attention to fully dismantle.

And Van Susteren should know that. This isn’t her first experience speaking publicly and ignorantly about the culture at the network. When Carlson and their coworkers spoke out against Roger Ailes, Van Susteren very publicly took his side. At the time, she said “If there were something weird going on … I would have heard it,” along with a number of variations of that sentiment, repeated often and loudly. A source said she was “troubled by the culture” Ailes created at Fox, but she denied that that was why she happened to be leaving the network at the same time.

She later apologized for not believing Carlson, but that doesn’t answer the question of why she felt the need to speak against her in the first place? Why loudly declare that you think women are lying about being the victims of harassment? And why now, unprovoked, tell the world that learning about sexual harassment is a waste of your time? Why is Van Susteren talking at all?

You all know the saying: If you don’t have anything beneficial and non-destructive to the professional and personal well-being of women everywhere, don’t say anything at all.