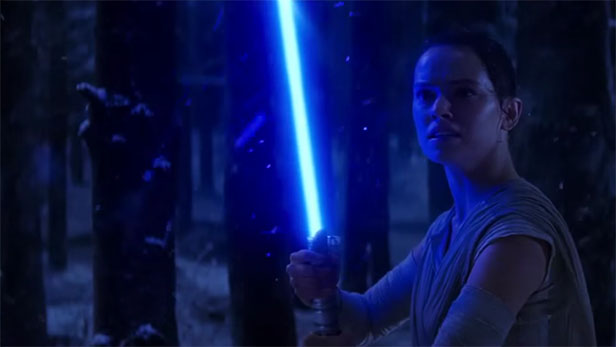 The Force Friday hype will be back just as strong as ever, pals.

Making a return ahead of the premiere of Star Wars: The Last Jedi is Disney and Lucasfilm’s global toy frenzy, Force Friday. This year it will be held on September 1st, 2017, and it’ll be called (seriously I’m not kidding) “Force Friday II.” To get some early hype in, Disney shared a concept graphic of the new box in which the toys will ship. Given how much controversy arose last time around regarding Rey spoilers and a leaked toy box image from Walmart, it makes sense that they’re going to want to jump ahead and control the narrative this time around, so to speak.

Your first look at #TheLastJedi product packaging dropping out of hyperspace on September 1 for #ForceFridayII.https://t.co/KSFdXbfBHq pic.twitter.com/U4CgVivNGU

As you can see, featured prominently front and center is Rey—sporting that top secret haircut folks were clamoring about last year—flanked by my OTP, Finn and Poe. Finn still seems to be rocking Poe’s jacket, and there’s no way to tell if it’s all messed up on the back after Kylo’s lightsaber attack. I’d just like to go ahead and pretend that Poe sewed it up all nice for him while hanging out waiting for him to wake up from his coma. Yep.

But about Rey’s haircut: remember that Lucasfilm went to some great lengths to hide her haircut from the world, so naturally, fans all sat around and just wondered what the hell the deal could be with Rey’s hair. Personally, I expected some kind of Padawan haircut (because duh), but here on the box, she looks like she’s rocking a longer cut. What that could mean for the story I have no flippin’ idea, but then again, the kind of wild speculation and overthinking suddenly flooding my braincircuits might be exactly why Lucasfilm decided to keep the dang haircut a secret in the first place.

Heck. When September 1st rolls around, you can expect all of that wild speculation to really reach a head as folks really start to dive in and overanalyze the hell out of every minute detail of the toys. And you know what? Your faithful TMS crew will be on hand to do just that with you every step of the way. If there’s one thing we do well around here, it’s wild speculation.

(via io9, featured image via Lucasfilm)