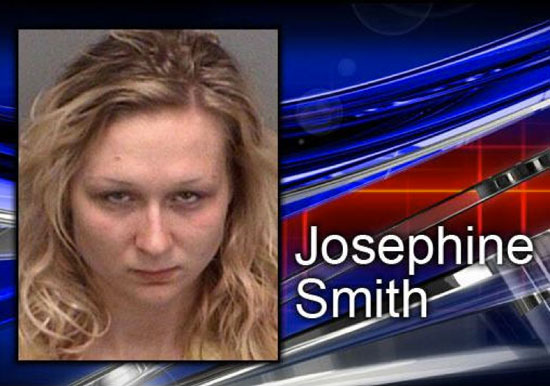 Whenever you hear about a weird story happening with people either injuring themselves while attempting an inadvisable stunt or causing injury to someone else after making some wild, crazy claim, it’s not a nice thing to assume it happened in Florida. But honestly, much of the time, it happens in Florida. And in today’s installment of “A Weird Thing Happened in Florida,” a woman tried to eat a senior citizen who was confined to an electric wheelchair while telling him that she was a vampire.

Josephine Smith, 22 years old, is being accused of physical assault on a person over the age of 65. That man, 69-year old Milton Ellis, was taking a nap on the porch of a vacant Hooters restaurant when Smith approached him, climbed on top of him, told him “I’m a vampire, I’m going to eat you,” then proceeded to bite off “chunks of his face” (emphasis ours) including both lips as well as layers of skin from his arm. It’s unclear how Ellis got Smith off of him, but he was able to escape to call the police from a nearby gas station.

Here is the police report, provided by The Smoking Gun: 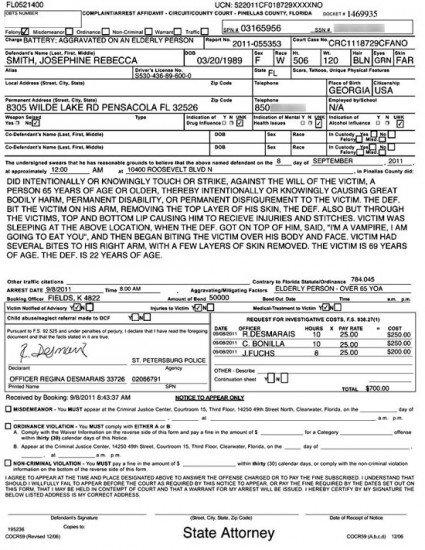 When questioned, Smith was unable to recall what she had done to Mr. Ellis (who has his own criminal record and mugshot), but it might amuse everyone to know that she recently went to school to become a dental assistant.

(The Smoking Gun via Blastr)