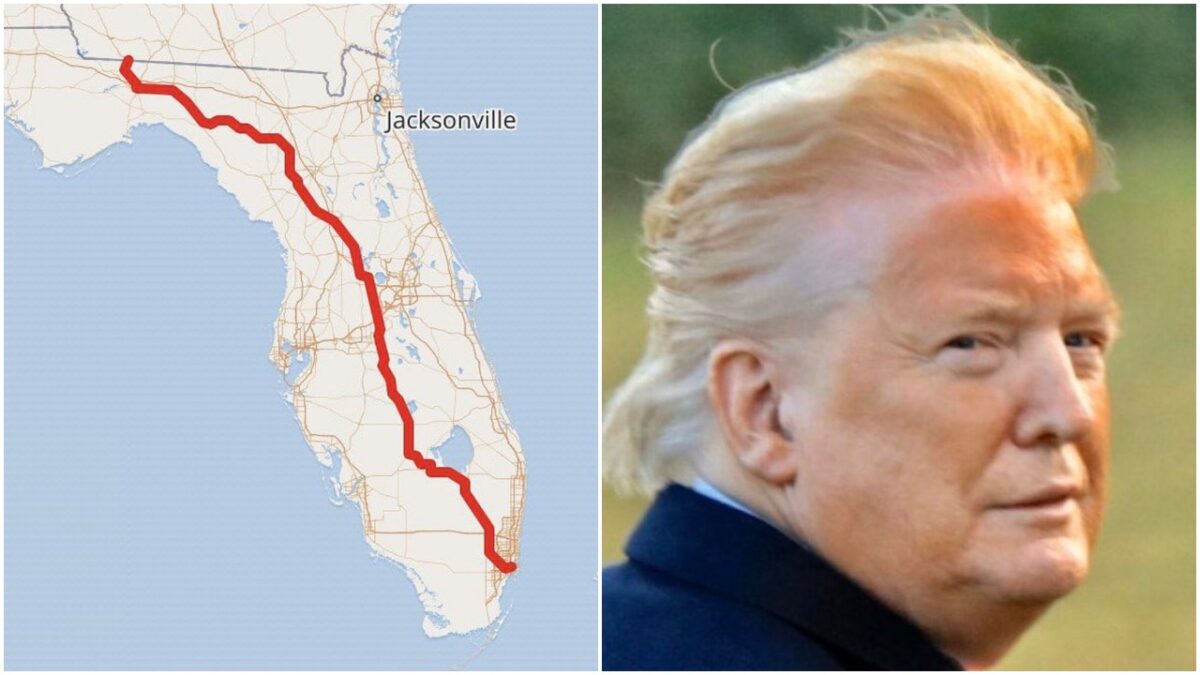 In a news story that could only come out of Florida, Republican State Rep. Anthony Sabatini has proposed legislation to rename U.S. Route 27 after Donald Trump. The bill is, of course, an obsequious attempt to flatter the ego of the former president, who now resides at his Mar-a-Lago golf club in Palm Beach.

The bill is also absurd for a number of reasons, chief among them being that Trump is a twice-impeached narcissist criminal who attempted to steal the election he lost by fomenting a failed insurrection. Trump also ignored and exacerbated the COVID-19 pandemic which has killed over 600K Americans. And you know, the whole racist, sexist, transphobic, Islamophobic, and xenophobic nature of his very person and administration.

But you know what? I support renaming this highway after Trump, considering the special place that Route 27 holds in Florida’s transport geography. The route runs down through the country’s most penis-like state much like a urinary tract, earning it the nickname “Florida’s Urethra.”

After all, Trump’s tenure as president has, for many of us, felt like a four-year-long urinary tract infection. So it only makes sense that Donald Trump’s name is attached forever to Florida’s urethra. Given his previous alleged urine-focused extracurriculars, Trump should feel right at home bumbling down Florida’s urethra like a yellow spiky kidney stone.

Trump’s policies (on literally everything) were the political equivalent of a kidney stone: a painful, intractable stubborn rock that inflamed our most sensitive areas, delighting in the pain caused. And much like a kidney stone, America eventually passed Trump and flushed him down the toilet. Of course he always threatens to resurface, reminding us to stay hydrated and stay registered to vote.

Many took to social media to mock Sabatini, Trump, and the fitting branding of Florida’s Urethra:

I will be naming the pipes that go from my toilet to the sewer the “Rep. Anthony Sabatini Highway” since it carries water for nothing but crap. pic.twitter.com/4AmmSqp371

So far, the response to Rep. Sabatini’s proposal has been pretty flaccid

Why would you name a highway after Donald Trump when he failed to get infrastructure improvements enacted?

This makes no sense.

The signs will all be in sharpie, misspelled, and giving you the wrong information.

This looks like a raging urethritis, so I guess this adds up. https://t.co/PYC77FAcIN