The original tagline for this movie was "Some lines shouldn't be crossed." 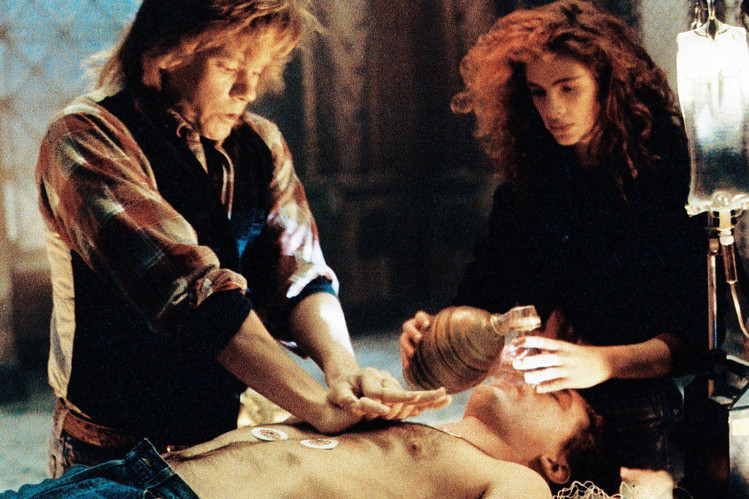 Sony is rebooting the 1990’s film Flatliners, with Ellen Page set to star. She’d likely play medical student Rachel, the role originally played by Julia Roberts. On the Flatliners team is Niels Arden Oplev, who directed the original Swedish Girl With the Dragon Tattoo, and Ben Ripley, who wrote the screenplay. Producing is Laurence Mark and Michael Douglas, who also produced the original.

Here’s the Rotten Tomatoes synopsis for the original film:

A group of medical students investigate life after death by allowing themselves to briefly die and be immediately resuscitated. The experiment is successful, with the “flatliners” experiencing vivid memories during their death. However, things take a horrific turn when the students find themselves literally haunted by images from their past.

Have you seen Flatliners? Do you think it was worth rebooting?