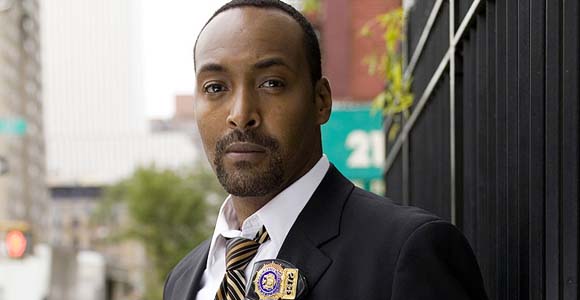 We weren’t too thrilled about The CW producing a spinoff of their hit series Arrow at first. After all, we were still patiently waiting on their Wonder Woman series, Amazon (insert sad trombone) and they announced The Flash instead. But then Grant Gustin made his debut as Barry Allen and had his origin story on Arrow and he was so freaking adorable we actually found ourselves looking forward to the new series a great deal. The excitement grew when we learned The CW was looking for a woman of color to play his love interest and comic character Iris West in the spinoff and heard about the possible inclusion of Hispanic-American superhero Vibe as well. Now, the fantastic Jesse L. Martin has been added to the cast.

Deadline reported, “The project, from Warner Bros TV and Berlanti Productions, is an origin story about Barry Allen aka The Flash (Gustin), a Central City assistant police forensics investigator who arrives in Starling to look into a series of unexplained robberies that may have a connection to a tragedy in his past. Martin will play Detective West, an honest, blue-collar cop who is a surrogate father to Allen. This is a familiar territory for Martin, who is probably best known for his nine-year stint as Detective Ed Green on NBC’s Law & Order.”

Detective West? Sounds like Iris’ dad if you ask me. Ernie Hudson was previously rumored to be taking on that role and I have to say I’d have been happy either way. Both are great actors.

What are your thoughts on the casting?