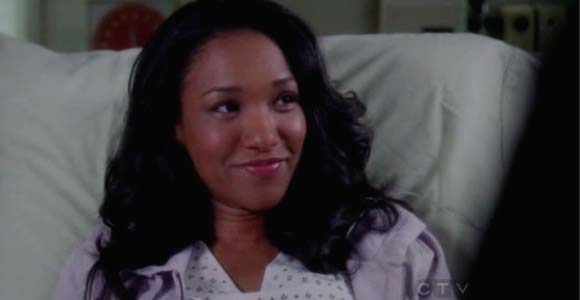 We first heard casting bits about Iris West last December. It was said The CW was looking for a woman of color to play their female lead in the Arrow spinoff, The Flash, and they’ve finally decided who gets the coveted role. Your Iris West turns out to be another CW alum, Candice Patton.

Patton has credits from ABC’s Castle and Grey’s Anatomy, NBC’s Heroes, and The CW’s One Tree Hill and The Game. On The Flash spinoff she’ll play opposite Grant Gustin, also a CW favorite as Barry Allen.

Ok, so here’s our roundup for The Flash so far: Gustin as Flash, Jesse L. Martin as Detective West (Iris’ father), Rick Cosnett and Danielle Panabaker as Eddie Thawne and Caitlin Snow (potentially the Reverse-Flash and Killer Frost) and rumored, an as-yet-to-be cast Cisco Ramon (aka Vibe).

I am really liking how this is shaping up. The Hollywood Reporter describes Patton’s Iris as “a grad student who is also Barry’s quick-witted best friend.” Here’s hoping she’s studying journalism!

(via Fan Voice, image via CandacePatton.com)