As much as I dug Keanu, THAT looks like John Constantine. pic.twitter.com/aDF9SZ1yk2

Technically the first official image from NBC’s Constantine is below the jump, but this crop from a larger shot of cast and crew is much more impressive to me. Last year’s New York Comic Con offered many opportunities to play “Castiel cosplay, or John Constantine cosplay,” but this picture here. This looks like Constantine.

While it’s definitely a guilty pleasure, I’ve always felt that what Keanu Reeves‘ Constantine broke in the letter of the law, it kept in the spirit: John saves the day and beats the devil, but his friends die and he doesn’t get the girl. I’m definitely game to see how an adaptation that prides itself on being accurate to the comics plays out. 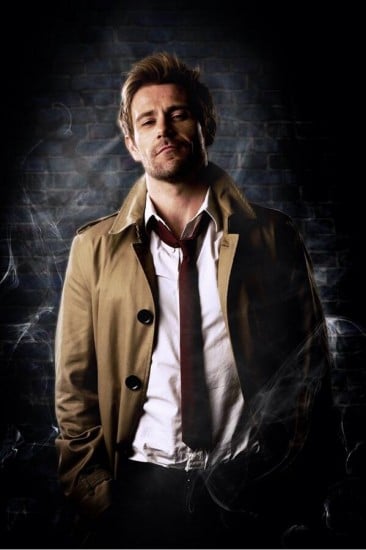 In case you were wondering, the We Love You Sarah on their clapboards refers to a film crew worker whose recent tragic death has spurred a movement towards better set safety in Hollywood.