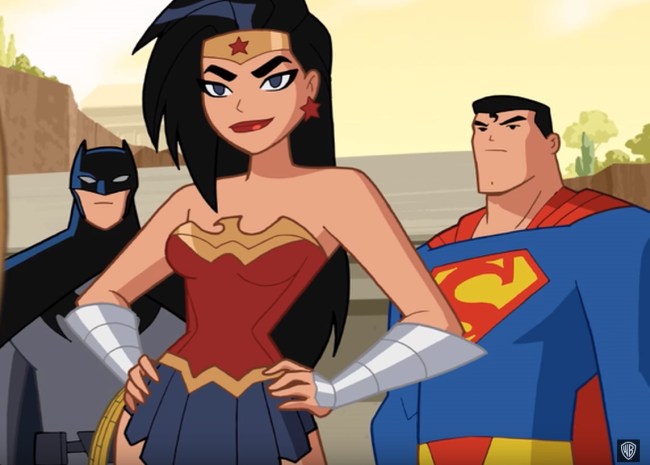 First, can we talk about Wonder Woman’s badass hair design?

Now that we’ve gotten the superficial out of the way, the show looks pretty great. It seems very true to its title, as the “action” was nearly non-stop in this footage, but they also took the time out to highlight the show’s humor, which is a hallmark of all DC animated series. Firestorm requesting duct tape for a pretty major fix? Priceless. 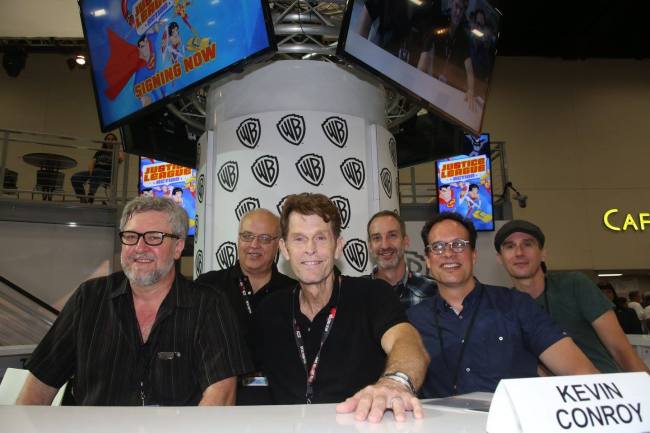 The cast and producers of Justice League Action in the Warner Bros. booth on Thursday, July 21 at Comic-Con 2016. #WBSDCC (© 2016 WBEI. All Rights Reserved.)

Show producers Butch Lukic (Justice League), Alan Burnett (Batman: The Animated Series) and voice cast members Kevin Conroy (who’ll be playing Batman, natch) and Diedrich Bader (Booster Gold!) were on hand during the panel to do a Q&A as well as treat fans to this new footage. They then participated in a signing during which they were also giving out official Justice League Action Comic-Con 2016 bags which, if you scan their image using the Blippar app, unlocks an interactive, augmented reality experience. So, if you’re a DC fan running around SDCC today, keep your eyes peeled for one of those bags (if you don’t already have one), and find out what AR treats await you!