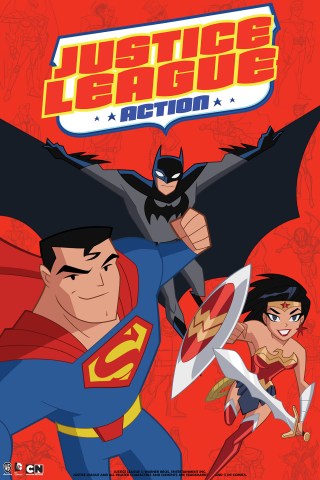 Have you missed the Justice League and Justice League Unlimited cartoons? It’s been a full decade since those shows stopped airing (yikes!), but all those storylines are still fresh in my mind, and I’m hoping at least a few of them will get picked back up again in Justice League Action, the new cartoon coming to Cartoon Network.

It would probably make more sense for me to compare this series to Teen Titans Go rather than Justice League cartoons, though, because Justice League Action will have short, snappy, 11-minute episodes. If you like the format of Teen Titans Go, then that’s good news—but if you were hoping for a return to the long-form spirit of the original cartoon run, you might feel disappointed.

Here’s the good news, though: Mark Hamill and Kevin Conroy will be returning to voice the Joker and Batman, respectively, just as they did in the rest of the DC animated canon. No word yet as to who’ll voice Superman and Wonder Woman, but we do know James Woods will play Lex Luthor and Diedrich Bader will be Booster Gold.

What do you all think? Will you check out these episodes? Or would you rather just re-watch all of JLU again?