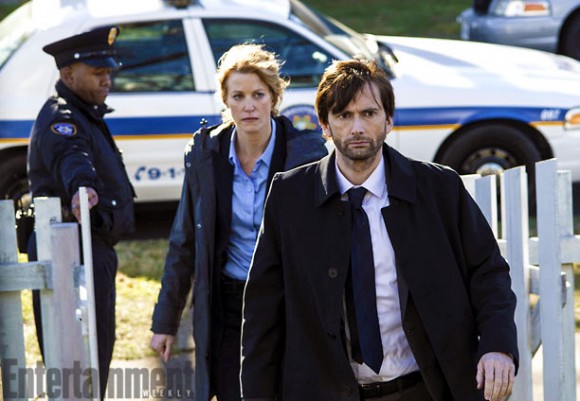 Entertainment Weekly has debuted the first image from Fox’s US remake of the tremendous UK series Broadchurch. The show, dubbed Gracepoint this time around, is being referred to as a “10-episode U.S. event series.” Interesting to see Fox going for a more British-type run. Hopefully that will work in its favor. Breaking Bad’s Anna Gunn had been previously announced to star alongside David Tennant who’s reprising his character from the original series.