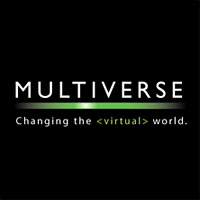 In news that might’ve been expected due to the lack of news regarding the developer or its products, Multiverse, the developer behind the Firefly MMO, has unfortunately closed down. Though they’ve raised over $7 million in funding throughout their lifetime, they were unable to raise enough to continue the journey forward. Though Multiverse created some brand-based games, for instantly recognizable companies such as McDonald’s and Coca-Cola, the Firefly MMO they’ve been working on will probably be most missed.

Multiverse was founded a number of years ago (forever ago in Internet time) back in 2004 by veterans of Netscape, that browser before the Internet really came into its own. Multiverse’s aim was to build MMO middleware, tools to help developers build virtual worlds more quickly and easily in order to help them push their game out faster with a more reliable backbone. However, over the years, Multiverse acquired the rights to exciting properties, with the goal of turning them into MMOs, specifically Firefly and Buffy the Vampire Slayer.

Visiting the Multiverse website will drop you at the unfortunate message:

In 2008, Multiverse extended its platform to support the creation of web-based games and virtual worlds. As a proof of concept, the company released Battle, Team Battle, and Battle: Realms at War on Facebook and other Flash game portals. Multiverse also created promotional games for McDonalds and CocaCola to support the release of the Avatar motion picture in December 2009.

Although thousands of developers showed interest in the Multiverse Platform, Multiverse wasn’t able to achieve a profitable business model. As a result, Multiverse ceased operations in December 2011 due to lack of funding.

It’s a shame when these kinds of things happen, and unfortunately they happen frequently. There isn’t yet word on what’ll happen to the franchise rights the developer acquired over the years.