[UPDATED] Fire Emblem Fates Dabbles in Drugging Women to Make Them Like You, Gay Conversion Therapy 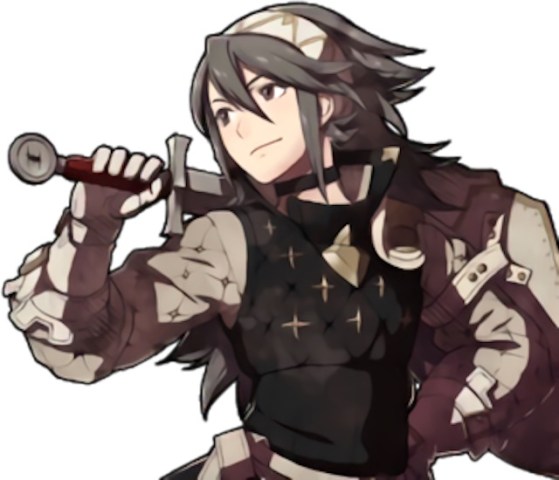 We were originally happy to see that Fire Emblem Fates would embrace relationships and marriages between characters of the same sex (much like our Supreme Court!), but that was in the before-time. In the long long ago. Now we’ve learned some more details about ways you can interact with a non-heterosexual character in the game, and it involves drugging her drink to trick her into loving a dude. Those optimistic days suddenly seem so far away.

It should be mentioned that this scenario comes from the Japanese version of the game, and versions of Fire Emblem titles have had content censored in the past during localization for other regions, so it’s possible—maybe even likely—that it’ll be removed before its 2016 release in North America and Europe. However, it should also be mentioned that there isn’t a region on Earth you could release a game in where drugging women to coerce them into doing something is not awful—let alone the “gay conversion therapy angle.”

See, Soleil (pictured above being a f***ing boss) doesn’t like men. Some people have been asserting that she’s actually bisexual, but with translated lines like, “[W]hile the magic powder [that makes her see men as women] is still in effect, I think I’ll go take a peek at the other male soldiers in the army! Alright! I wonder what kinds of cute girls that ugly lot will become!”

And with the male main character (Kamui by default in Japan) telling her, “Thank you for accepting my proposal. I’ll definitely make you happy. On that note… you can’t flirt with other guys, okay? Though I don’t think I have to worry about that with you,” it seems like she’s pretty much only interested in girls. But her sexuality doesn’t even matter—that’s nobody’s business but hers. A game’s main character just shouldn’t be running around drugging people to make them more receptive to his advances when they were obviously otherwise not interested.

Actually, the awfulness in question only crops up due to her tendency to get weak in the knees around “good-looking” girls, as Kamui initially drugs her with the potion that makes her see men as women so she can practice withstanding his clearly undeniable beauty (nice ego, dude) and achieve her goal of being “smooth.” Of course, this eventually leads her to fall in love with Kamui as a man, because drugging women because you, as a man, know what’s good for them just isn’t enough horrible for one game.

The full translation of the characters’ “romantic” (read: creepy) interactions comes with even more condescension, like,

Kamui: Why… because before marriage, I can’t thoughtlessly touch a woman’s body. I understand your feelings… but please treasure yourself more.
Soleil: Okay… I get it.
Kamui: Good girl.

When we still live with the harsh reality of non-polygonal LGBTQ+ people being made to feel like they should try to be something they’re not at the cost of their own happiness—and the horrible, tragic actions such pressures can lead to—we can only hope that this will all be lost in translation when the game finally makes it overseas. Still, it’d be better if it hadn’t happened at all, and maybe in the future, Nintendo won’t undercut its own progress by taking one tiny step forward and then a Mario-sized leap back.

[We’ve reached out to Nintendo for comment on the scenario described above and whether or not it’ll make it through the North American localization process. We’ll update with their response.]

[UPDATE] Nintendo has responded to our question about how this scenario will be handled in translation, saying only, “Localization decisions for this game will be made when it comes to the U.S. in 2016. We have nothing to confirm at this time.”