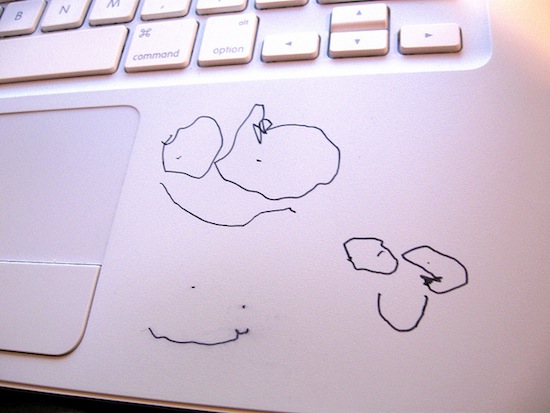 Sometimes the Finnish police raid the homes of nine-year-old girls and confiscate their Winnie the Pooh laptops. That really happens. Okay, it happened once, but it’s pretty messed up. The girl, whose computer was confiscated after being accused of illegally downloading one song off The Pirate Bay, was given a used MacBook Pro by a group of donors. The group asked to remain anonymous, but we’ll take a few guesses anyway in a bit.

The song the girl downloaded was by Finnish pop star Chisu, who stated publicly that she did not want to sue anyone for downloading her music. The reason the donors gave for remaining anonymous is that they are high profile and don’t want to draw attention to themselves. This is purely speculation, but it would be pretty great if Chisu was the one who donated the laptop. Although if Finnish pop stars are anything like American ones, she probably would have scheduled a press release and photo shoot with the girl instead of acting anonymously. Plus, if it were a famous singer, we would expect them to donate a new laptop, not a used one as reported in the story.

So it’s probably not Chisu, but that doesn’t rule out any of the other prominent Finns of which we are aware: Huckleberry Finn, Sharkleberry Fin, Finn from Adventure Time, that kid Finn from Glee, and Vice President Walden’s son Finn from Homeland.

Admittedly, we know almost nothing about Finnish culture.

We’re just glad to see a positive follow up to such an otherwise ridiculous story. Hopefully Finnish police have learned from the backlash of negative attention to focus their energies on real crime, or at least just stop stealing from nine-year-olds. That’d be a nice start.