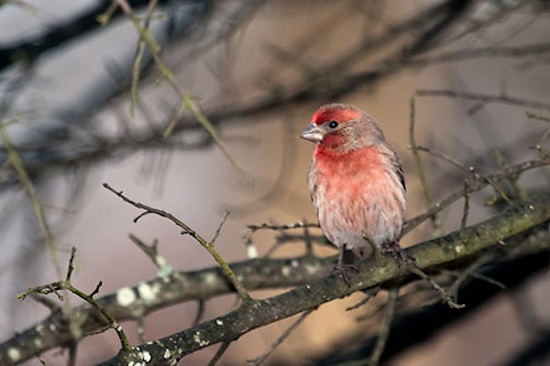 We’ve all found ourselves ducking friends, loved ones, significant others, and co-workers when they develop a sniffle or two. We’re not the only species to show that rather mercenary brand of common sense, though. A recent study shows that the common house finch, usually an intensely social avian, can tell when other finches are ailing and will avoid sick members of their own species to prevent the spread of disease.

The avoidance behavior isn’t unheard of in the animal kingdom — tadpoles and lobsters avoid sick members of their own species as well — but this does mark the first time it has been seen in birds, according to the study, published today in the journal Biology Letters.

The study not only found that finches can sense which birds among them are ill — they also seem to be able to judge the seriousness of that illness, and whether they’re likely to catch the disease. Researchers found that while heartier birds with more dependable immune systems would still occasionally interact with their ailing brethren, the birds with the weakest immune systems were the most likely to avoid sick birds entirely, taking no chances of coming down with a possibly deadly disease.

Far from just an interesting, human-like behavior in animals, this research could suggest a new way for epidemiologists to track diseases like avian flu in bird populations. Considering that strains of that disease have been found to jump from birds to humans with sometimes fatal results, keeping a close eye on these infections could grow more and more important in the coming decades.