These Filthy-Minded Grandmothers Would Like to Sell You Molasses 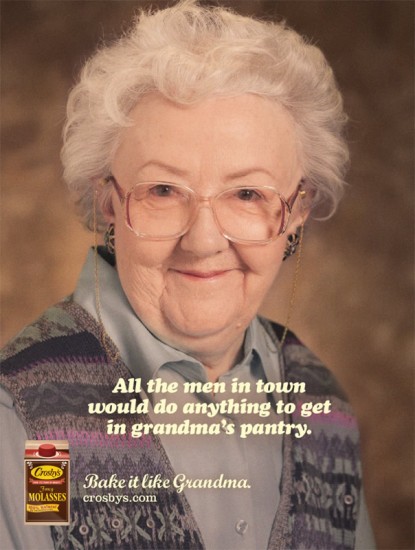 So, this exists: Crosby’s, a Canadian company that produces molasses, has been running a campaign featuring a bunch of sweet-faced grandmothers using dirty, dirty double entendres to sell their products. Now, there was some worry that maybe these women had no idea what their image was being used for, a lot like that episode of Friends when Joey (Matt LeBlanc) found out a photo of him was being used for a VD ad without his knowledge. But then, in addition to the print ads, there was also a video.

First, the rest of the super cheeky print campaign. Would this campaign ever fly in America? (Answer: Probably, though you can probably bet cash money that someone will complain about it.) But now witness even more baked-good-inspired euphemisms for the female anatomy, being used to sell things that actually make baked goods, using nice elderly women as willing (we’re assuming) pitchpersons. 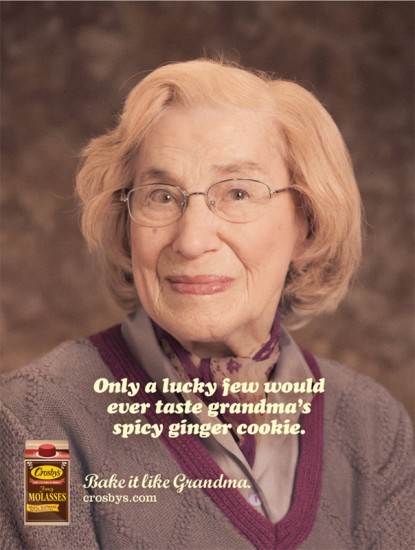 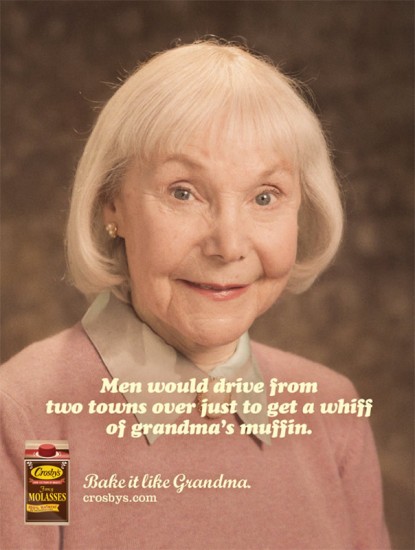 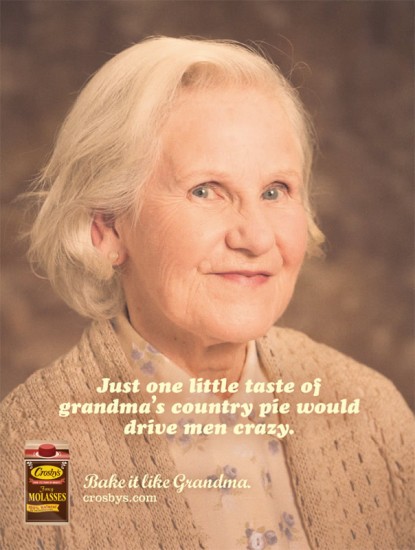 And how about that video? If you had any doubts that this kind of humor was taking place without the knowledge of the photos’ subjects, we submit this video entitled “Grandma Fancy Pulls the Pork” for your approval. (And you probably know where this is going as soon as you saw the words “pulls” and “pork,” and we promise that you are correct.) Personally, I think Grandma Fancy gives Pete Schweddy a run for his money.

There you have it. Your kindly delivered double entendres of the day. And now, we’re willing to bet you’re hungry for baked goods, but really don’t know why. If not, the Crosby’s site has some excellent recipes to make with molasses! You’ll want to get your sticky hands all over a batch of something tasty!