This Is What Happens When You Give Nathan Fillion, Alan Tudyk, & Sean Astin Lightsabers

Aren't You A Little Short For A Stormtrooper? 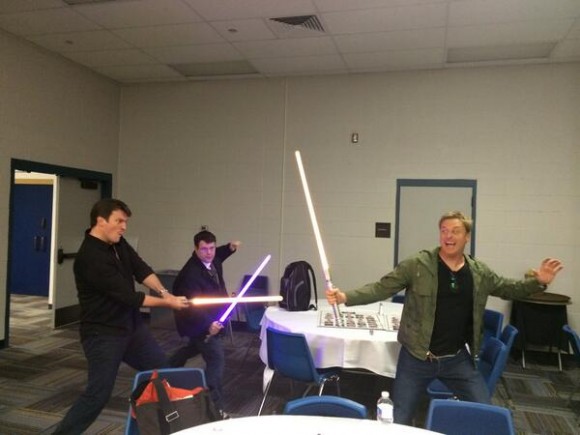 Thank you, Sean Astin, for sharing this with the world. I believe we are better for it.