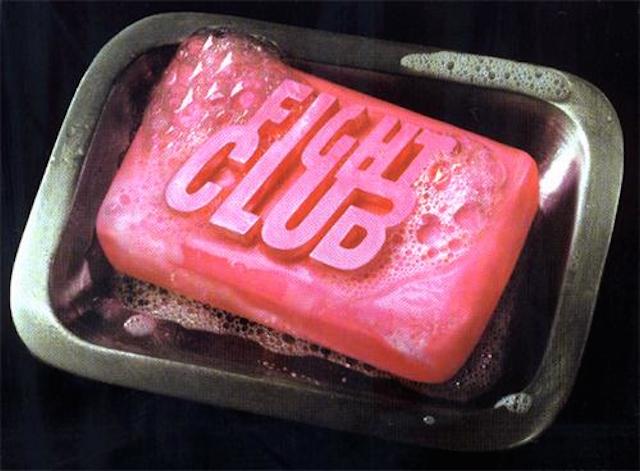 Fight Club author Chuck Palahniuk is finally dropping details on the Fight Club 2 comic book. Am I asleep? Have I slept? Is this some kind of awesome dream? To test, I want you to hit me as hard as you can.

Fight Club 2 is coming in 2015 in the form of a 10-issue Dark Horse Comics maxiseries illustrated by Cameron Stewart. Palahniuk’s Fight Club novel was originally released in 1996, and its amazing, David Fincher-directed movie adaptation hit theaters in 1999. After that, Palahniuk was pretty sure he was done with Fight Club, but in the years in between, something has changed, and that’s actually kind of what the sequel is about.

The sequel’s story picks up about ten years after the original, and the unnamed narrator (Edward Norton in the movie) has since married Marla Singer (Helena Bonham Carter), who is also the mother of their 9-year-old son Junior. As Palahniuk told USA Today, the original was “such a tirade against fathers—everything I had thought my father had not done combined with everything my peers were griping about their fathers. Now to find myself at the age that my father was when I was trashing him made me want to revisit it from the father’s perspective and see if things were any better and why it repeats like that.” 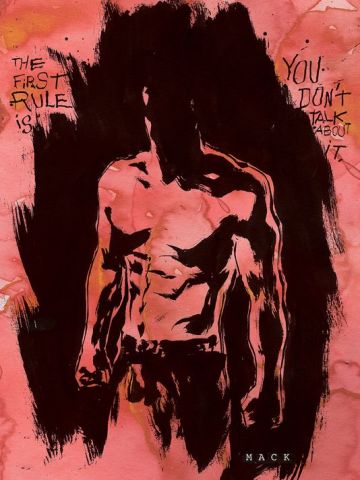 He also wants to explore the origins of just where Tyler Durden (Brad Pitt), the narrator’s alter ego in the original, came from, saying, “Tyler is something that maybe has been around for centuries and is not just this aberration that’s popped into [the narrator’s] mind.” Knowing the source material, I’m tentatively interpreting this to not literally mean that Tyler is some kind of demon that possessed the narrator. I’d guess it’s more that he’s a byproduct of human beings living in society that we all have within ourselves, and the sequel will explore that more deeply.

I never wanted a sequel to Fight Club, but I’m glad it’s going to come in the form of a comic book. Fight Club was a rare instance where I actually thought that film was a better medium for the story, and a comic book should allow the perfect blend of the benefits of the visual medium and Palahniuk’s writing. Palahniuk and David Fincher will be on a Fight Club panel at San Diego Comic-Con later in the week, so stay tuned for more details.

I am Jack’s raging impatience.