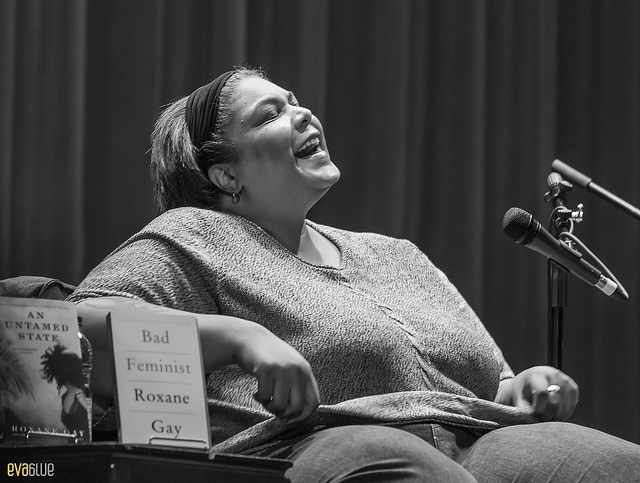 The world of Marvel Comics’ Wakanda is about to get a lot more feminine. After the success of Ta-Nehisi Coates’ current run on Black Panther, Marvel has made another big move in an attempt to diversify not only their characters, but the writers and artists in their employ.

Marvel is releasing a companion title to Black Panther called World of Wakanda, and it’s going to be written by two black, female writers. You likely know writer Roxane Gay from her bestselling book Bad Feminist, a collection of brilliant essays about feminist-ing while imperfect. Poet Yona Harvey teaches at Carnegie Mellon and seeks to break down the blocks people have surrounding the idea of poetry, and combat the idea that there’s one, fixed way by which to approach the art form. Neither woman has worked in comics before, but each brings an exciting artistry with words as well as much-needed perspective to this new, Wakanda-centric story.

Coates recruited both writers, thinking it important to have female voices involved with this world, since the women in T’Challa’s life have always been extremely important. He’ll also be working with each of them on their stories.

According to The New York Times, Coates fell in love with Gay’s work after seeing a reading of hers at a conference where she read a zombie story. “It was the most surprising, unexpected, coolest zombie story you ever want to see,” he said. “When we started thinking about writers, she popped up right away.”

Harvey was a poet with whom Coates is friends, and he sees a parallel between poetry and writing for comics saying, “[It’s] just so little space, and you have to speak with so much power. I thought she’d be a natural.”

World of Wakanda Issue #1 will feature two stories. One written by Gay, the other written by Harvey.  Gay’s story is focused on the brilliant Ayo and Aneka, lovers and former members of the Dora Milaje who are now attempting to travel Wakanda as fugitives as tensions and unrest grows, doing what they think is right to protect their homeland in the place of a king who’s not currently at his best. Meanwhile, Harvey’s story is centered around the fascinating character of Zenzi, a revolutionary who sees Wakanda’s monarchy as an affront to its people.

If you’re anything like me, T’Challa has been the least exciting thing about Black Panther for you. Instead, you’ve been keeping tabs on the amazing ladies around T’Challa. That’s where the excitement really is.

And, as it turns out, that’s why Gay, who’s never written a comic before, couldn’t resist doing this. She said, “The opportunity to write black women and queer black women into the Marvel Universe, there’s no saying no to that.”

There’s also no saying no to this title. At least, not for me! World of Wakanda Issue #1 is set to drop in November.