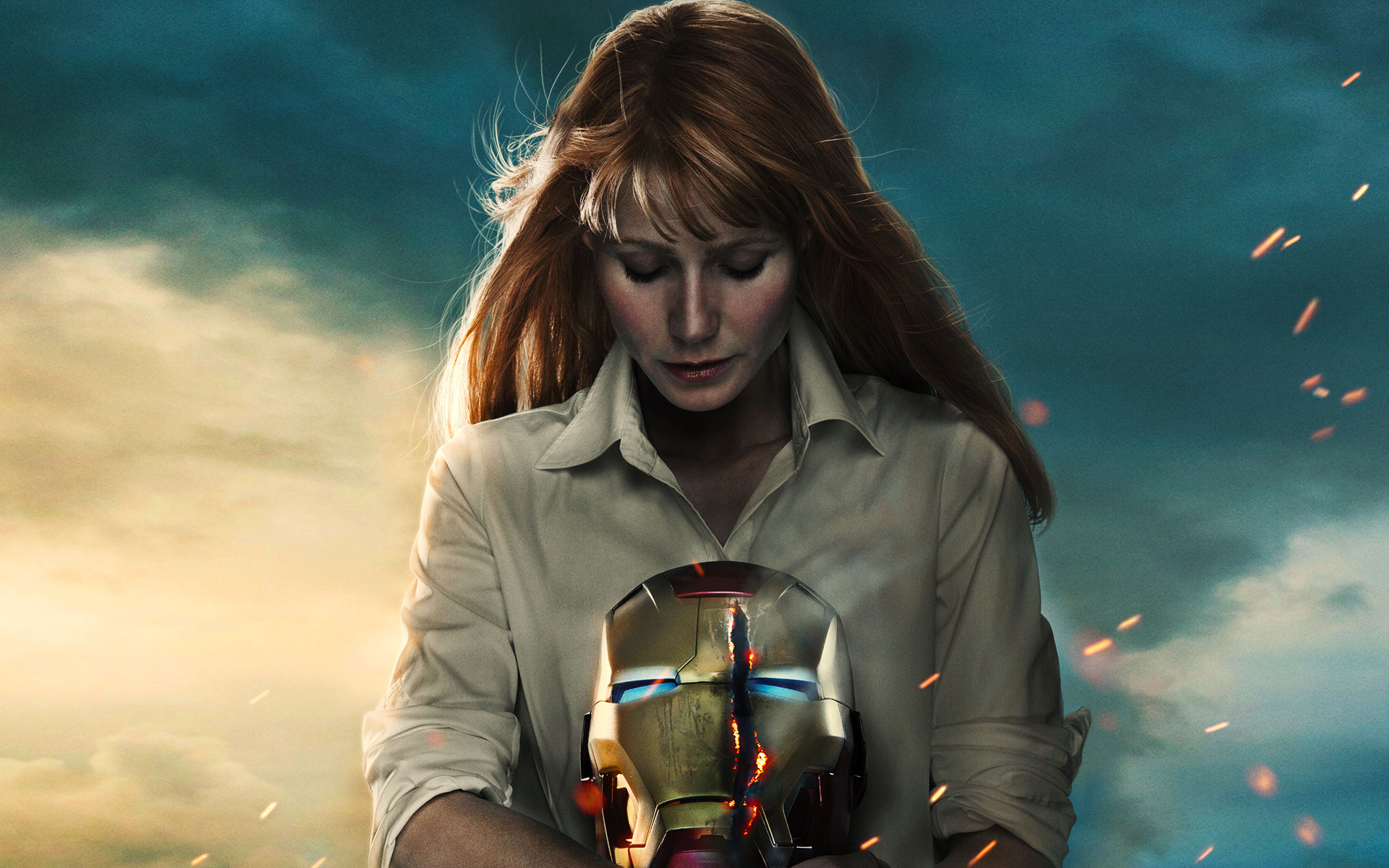 As a feminist, as a consumer of media, and as a producer of media, I find myself asking, “What makes this [blank] feminist?” This thought creeps into my mind all the time, whether it’s comics, movies, books, etc. “Is this [blank] feminist?” is an easy question to answer, but it’s the question of how that interests me. (Editor’s note: other TMS contributors have rejected the idea of calling media “feminist” altogether.)

A quick disclaimer up top that media doesn’t have to fit my worldview to be good. I love Conan the Barbarian but I sure as hell wouldn’t argue that it’s feminist. To be honest, not many Hollywood films can be labeled “feminist”—with characterizations of women fitting outside Strong Female Character™ tropes; writing that doesn’t actively treat women as objects to be conquered, dismembered, or otherwise maltreated; and, hey, if it actively promotes the idea of patriarchy as existing and also bad for all genders, then that’s a bonus. Let’s say it’s a spectrum, which we’ll explore in a second.

When Iron Man 3 came out in 2013, I remember the Internet cheering when Pepper Potts (Gwyneth Paltrow) got in the last punch on bad guy Aldrich Killian (Guy Pearce). “The girl gets the bad guy in the end!” The Internet heralded this as a semi-feminist great moment in an ultimately disappointing film. But… is it?

Jurassic World is inherently and actively misogynist. While I’d need an entire separate article to rant about how disappointing and upsetting JW was, I’ll limit it here to one scene in particular: when Claire’s assistant Zara Young (Katie McGrath) is picked up by a Pterodon, dropped, caught by another one, dropped into water, pounced upon again by a Pterodon several more times, picked up out of the water, only to be chomped on by SeaWorld dino Mosasaurus. All the while we follow her, shaky cam, as she screams, flails, and brutally dies in a sequence that is five minutes long yet feels like 20. Holy shit, dude. No other character dies so brutally; not in this film, not in this franchise. I felt that to my core.

Afterward, I mentioned it to my director husband, who commented the scene was out of place but otherwise did not feel the same visceral reaction—because I had felt targeted, hated. Couple this intense, over-the-top death of a female character, with Claire’s (Bryce Dallas Howard) constant and continual framing as a Bossy Bitch Who Needs To Learn Maternal Care And To Get A Man. Bitch Media covers these points here. The writing of Claire was alright, but it was the writing of everyone’s reactions to her that grated on me—her sister’s “You must settle down,” her subordinate’s sexual harassment (Chris Pratt noooo), and the mocking of a Business Lady having to rough it in the wilderness while escaping life-threatening situations.

Compare this reaction to my downright joy in seeing Mad Max: Fury Road. So much has been written about MMFR’s feminism, and while it has its problems because of its roots in gender essentialism in general and second-wave feminism specifically (hello consultant Eve Ensler), ultimately the movie ends with overthrowing the patriarchy via road rage revenge and welcoming in a new, feminist future with all genders, classes, and abilities rising up together (race is conveniently shuffled to the side). Compare MMFR and JW’s treatment of women: both movies’ stories involve trauma and violence against its female characters. Only JW actively shows it. MMFR does not feel the need to display the sexual violence Immortan Joe perpetrates against his wives. Thank you, George Miller and Margaret Sixel.

But a feminist movie must go deeper than its plot, which MMFR does. Tumblr user Bone Handled Knife conveniently delves into the film’s cinematography, noting how the camera’s gaze specifically does not focus on the Wives’ bodies. Here’s their post on center framing and the male gaze, more details on center framing with comparisons to The Avengers, and, their conclusion, how MMFR actively avoids objectification of its female characters.

MMFR is actively feminist, from its writing to its acting to its cinematography to its editing. Its women face difficult situations and violence, it has no one-dimensional Strong Female Characters™, there’s no winking at the camera about how Furiosa isn’t “like those other girls,” and so on.

Okay. Phew. Now what about IM3?

Pepper Potts, capable boss-lady of Stark Industries, changes her personality according to the needs of the plot. First scene: Tony’s suffering PTSD and she supports him. Literally the next scene: she flips out because an Iron Man suit activates from Tony’s panic attack, and she outright leaves the room. That’s just the writing of her character; how she’s used in the plot is way worse. Killian pitches to Stark Industries seemingly just to push Tony’s buttons by crossing Pepper’s boundaries. Okay sure, establishes him as a villain-type character. Later, after Pepper’s been kidnapped literally as a trophy, she’s tortured via injection of Extremis only as a means to motivate Tony to rescue her.

But Sarah, Pepper’s been a damsel in distress before!

Well, not really. In IM1, she gets herself out of danger with Obadiah Stane and gets put back into danger by her own agency of going to arrest him with S.H.I.E.L.D. as backup. IM2: she’s in distress because she stayed behind in the midst of a robot attack to ensure civilians were safely evacuated out of Stark Expo. IM3: she’s kidnapped to literally be a trophy, tortured and carted around an oil tanker as an object for Tony to rescue in the final climax of the film.

But Sarah! She kills Killian!! She gets her revenge on him!

Does she, though? Because the fight scenes between Tony and Killian are 15 minutes long, and she shows up right at the end to finish it in a sequence lasting about two minutes. And this extra involvement might have only occurred because Robert Downey Jr pushed for Pepper to have more to do.

Alright, but what about the basic plot? Tony, our lovable hero, takes down an explicitly misogynist villain who uses our female lead as a trophy. Well, sure, on the surface, our villain is a character who actively embodies misogynist values. But Tony is no better. His wisecracks throughout the film (he calls a child a pussy!) continually undermine him as a hero. Maybe he’s not explicitly misogynist like Killian, but Tony’s behavior puts him in the same camp.

But, to go even further, the film’s structure and making is inherently not feminist. As Tony sneaks into a television van to access the broadcasting equipment, we have an unnecessary cut to a beauty pageant with women on stage as pretty things; this setup is not needed, as we don’t need to see what the television reporter is covering, and we don’t even need that event to be a beauty pageant. The technical engineer who interrupts Tony is an effeminate fanboy, Gary, doing some hardcore crushing; it’s played as a joke to compare the effeminate fan to the masculine hero.

Now, Tony doesn’t say any of this (though facial expressions tell a whole other story), but this is how the camera plays Gary to the audience. This is just one scene; the nearly naked, voiceless, nameless ladies decorating The Mandarin’s house are yet another piece of evidence.

But the Bechdel-Wallace test, Sarah!

True! IM3 passes the Bechdel-Wallace test by dint of the conversation between Pepper and Maya Hansen (Rebecca Hall), post-Mandarin attack on Tony and pre-kidnapping of Pepper. That’s actually a really great scene with great dialogue about a scientist acknowledging science is great until it’s not. Then, in that same scene, the audience is treated to emotional whiplash as Maya is revealed to have been working with the villain all along. And in the very next scene, Killian straight-up shoots her. With no emotional payoff or response from any of the characters. Just, bang. For shock value and nothing more.

TMS previously covered the confirmation that IM3’s villain was changed because of toys that never came to be, and includes details of how Maya’s role was far more significant in earlier drafts. We’ve heard this about Pepper already, as I’ve already mentioned how IM3’s male lead had to argue for the female lead to have something to do. Fighting your bosses—be they studio execs or the director—to not shortchange female characters for shock value isn’t a great sign of a feminist movie.

Between the camera’s gaze, the film’s structure, the plotting, and writing, IM3 is definitely not a feminist movie. But, I’d place it about halfway on our spectrum between MMFR and JW. It’s not actively feminist like MMFR, and not actively misogynist like JW. IM3 wants to be feminist, but is being held back by the lack of conscious feminist choices.

Let’s compare George Miller (director of MMFR) and Shane Black (IM3). Both got their start and their fame with making “guy” movies. Mel Gibson is a star of both directors’ major franchises, Mad Max and Lethal Weapon. But the key difference is that George Miller learned to grow past the 80s veneer of film making; Shane Black has doubled-down, and doesn’t seem to know any other way. In IM3 we can see Black trying to do surface-level feminism. But in MMFR we see Miller actively embrace feminism in all aspects of production (with the tremendous help of his wife Margaret Sixel).

IM3 is just kind of… there. Pepper’s a trophy and Maya’s role gets significantly reduced; they help the movie pass the Bechdel test, but their roles in the film are tossed around for quick emotional payoffs rather than for character development. And that’s more dangerous than JW’s active misogyny, because it passes under the average audience member’s radar. IM3 tries to paint itself like it’s more progressive than it is (hence the villain being so explicitly sexist and Pepper getting a punch in), all the while carrying the sexist, chauvinist attitude that we see in JW. It’s not so explicit as to give justification to turn our noses away, yet is undeniably there reiterating the same sexism seen again and again in Hollywood’s tired repertoire.

What did you think of Iron Man 3? Do you agree with where I’ve placed it on the spectrum of feminist Mad Max: Fury Road to misogynist Jurassic World? What do you think takes to make a feminist movie? And, is that even a requirement when enjoying media?

Sarah Rowe is a wannabe film critic who lends her skills to comics, video games, TV and books. She’s written for Insatiable Booksluts, & hosts and produces the feminist podcast Yeah What She Said, which updates monthly. Follow her on Twitter @StegoSarahs.