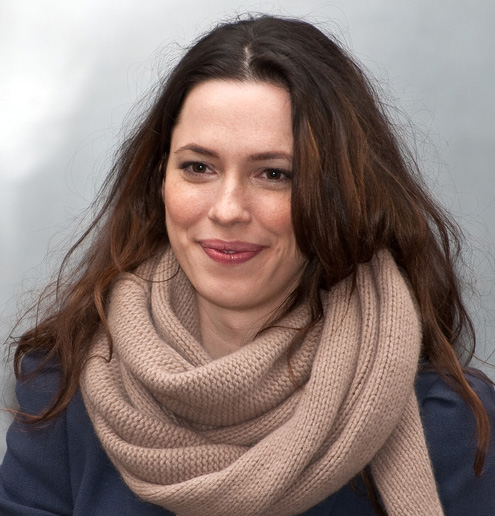 This past spring, Iron Man 3‘s director described one of the more disappointing rewrites made to the film before its release; an earlier draft of the movie had a female villain, but according to director Shane Black, Marvel execs told the creative team that they didn’t think a female villain would sell toys. As a result, the film’s main villain is Aldrich Killian. (Remember how wildly popular those Killian toys became as a result of the movie? Yeah, neither do we.)

Today, the Toronto Sun finally asked Rebecca Hall about her side of the story, and she confirmed that Black’s statement is not only accurate, but that she wishes somebody had asked her about this sooner: “That’s 100% true,” she said. “I’ve been gagging to talk about it with someone, but I haven’t had the opportunity, weirdly.”

She went on, “I signed on to do something that was a substantial role. She wasn’t entirely the villain—there have been several phases of this—but I signed on to do something very different to what I ended up doing. Halfway through shooting they were basically like, ‘What would you think if you just got shot out of nowhere?’ I was meant to be in the movie until the end … I grappled with them for awhile and then I said, ‘Well, you have to give me a decent death scene and you have to give me one more scene with Iron Man,’ which Robert Downey Jr. supported me on.”

Iron Man fans may also recall that Robert Downey Jr. also pushed for Pepper Potts to have more to do in the film as well; he didn’t want her to just be a damsel in distress again, so instead she ended up with more action sequences and more narrative agency. Clearly, the actors wanted the movie to be more progressive, and they did their best to fight for it, in spite of nay-saying from higher-ups.

Rebecca Hall says that may finally be changing: “Look, [Marvel] is paying for their mistakes right now, and I applaud them for casting Brie Larson in Captain Marvel. Hallelujah. It’s about time women started being the heroes of things. They can also be the anti-heroes…”

It’s too bad that we didn’t get to see a version of Iron Man 3 in which Rebecca Hall and Stéphanie Szostak got to play more complicated and morally gray characters, but it’s good to hear that everybody on the creative team was fighting for it, even at the time. Now if only the rest of Marvel would catch up!