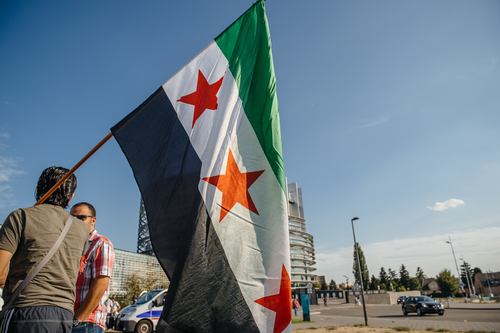 This week, I came across two fascinating stories equally deserving of coverage for different reasons. So, rather than my usual “main story on top, links to other stories below” format today, I’m only covering two stories. One out of Syria, the other out of Poland — both extraordinary stories of women fighting to stay alive and bring about change where they live. 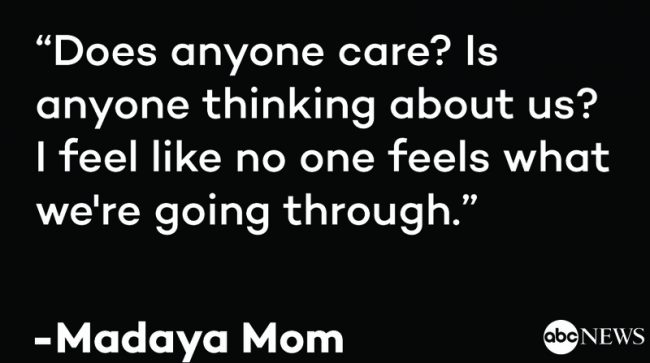 SYRIA: ‘Madaya Mom’ Reaches Out to the World With the Story of Her Besieged Town via ABC News and Marvel Comics

The first story is about a brave woman speaking out despite fear for her life and those of her family members, female reporters from ABC News who have earned this woman’s trust and helping to bring her story to the world, and yes, even our geeky interest in comics thanks to Marvel’s Editor-in-Chief (and former journalist himself), Axel Alonso.

For over a year, the small Syrian town of Madaya (along with many others) has been held under the tactic of “siegeing” where government forces serving the oppressive regime of President Bashar al-Assad have been “starving their enemy” by blocking off the town in order to snuff out freedom fighters presumed to be there. However, this has been going on since July 2015, the people in the town claim that there are no fighters left, and people have been dying of starvation with humanitarian aid deliveries being allowed through only rarely.

ABC News’ Rym Momtaz has been covering the Madaya story, which has proven difficult since journalists, like humanitarian aid, have not been granted access into the town. Relying on social media, as well as their network of Syrian contacts, Momtaz and her team reached out for any information coming out of Madaya. Eventually, albeit tentatively, the woman who is now being called ‘Madaya Mom’ in order to protect her anonymity, reached back.

After building a trust with Madaya Mom, Momtaz began to receive updates and pictures from the 30-something mother of five, describing in haunting detail not only what she and her family are going through, but also what was being suffered by her neighbors and friends. Momtaz began publishing a “Madaya Mom diary,” which collected all the bits of information she sent in a live blog with entries that go back to January 2016.

Often, Madaya Mom seems conflicted about why she’s even reaching out like this, especially when the consequences could be dangerous. On the one hand, she wants to bring worldwide attention to Syria’s plight in the hopes that the international community will collaborate to do something about her situation. On the other hand, she sends posts like the one in the photo above, skeptical about whether or not the international community even cares.

Momtaz wanted to do whatever she could to broaden the appeal of the story and bring it more mainstream attention, and she eventually happened upon the idea of graphic novels. As ABC and Marvel are both a part of the Disney family, it makes sense that Momtaz and her team approached them with a pitch to somehow tell Madaya Mom’s story in comics form. Marvel’s Axel Alonso was thrilled to do it. Check out this 15-minute report on the making of Marvel’s Madaya Mom:

You can read the comic over at ABC News.

Madaya Mom’s bravery brought the story to ABC, and Rym Momtaz’s intrepid reporting is getting it out into the world really creatively. Props also to Marvel for taking this so seriously and for making this graphic novel happen. But what can we do now that we’ve heard this story?

In last week’s Feminism Around the World column, I reported on the situation in Poland, where the women might be facing a complete ban on abortions.

Women and men took to the streets in protest on Monday the 3rd. Calling the protest “Black Monday,” protesters wore all black to symbolize the fact that they were in mourning for the reproductive rights of Polish women.

Meanwhile, people from around the world showed solidarity via protests at Polish embassies and social media:

Women in Ukraine protest at Poland embassy in Kyiv in solidarity with #CzarnyProtest
pics by @HromadskeUA pic.twitter.com/yfl4mgF5cY

Our staff stand in solidarity with women in Poland on strike today fighting for control of their bodies! #CzarnyProtest pic.twitter.com/tMXF552JRh

Russian women also posting pictures of themselves in black in solidarity with Polish women #CzarnyProtest pic.twitter.com/lwYHeUEPUY

Now, as reported by Revelist, it seems as though this massive protest was enough to make conservative members of Poland’s parliament withdraw support for the abortion ban. Liberal MP and former prime minister Ewa Kopacz told The Guardian that the conservative Law and Justice (PiS) party “backtracked because it was scared by all the women who hit the streets in protest.”

In addition, Polish Prime Minister Beata Szydło has said that the PiS-lead government “has not worked and is not working on any law amending the current legislation on abortion.” So, for now, this bill isn’t going through. However, this just means that the current laws, which are already plenty restrictive, will remain in place.

Still, this is an amazing victory! Here’s wishing the women in Poland continued energy and strength as they continue to work toward gender equality and the right to their own bodies.