Feminism Around the World: Polish Women to Go On Strike As Part of #CzarnyProtest Against Proposed Anti-Choice Law 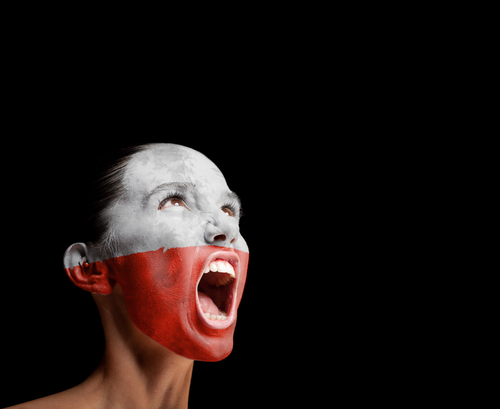 Poland: Women to Go On Strike As Part of #CzarnyProtest Against Threats to Reproductive Freedom

Anti-choice laws in Poland have gotten so severe that Polish women have been joining together in protest and are taking to the streets against a proposed strengthening of those already strict laws. Poland is Europe’s most devoutly Catholic country, which is the major factor in the abortion laws already on the books. That, and the current ruling party in Poland is the Law and Justice Party (PiS).

Abortion used to be completely illegal under all circumstances in Poland, but back in 1993 a new law was passed allowing abortions in the cases of rape or incest, where the fetus is severely damaged or sick, or where the mother’s life is at risk. However, the current bill that is being considered in the Sejm, the lower house of Poland’s parliament, would restrict abortion even further, effectively banning it completely and allowing it only if the mother’s life is in danger. While there seems to be at least one exception to a complete ban, it’s effectively useless, because doctors can still object to performing the procedure as “conscientious objectors.”

The “Stop Abortion” law wouldn’t only effectively ban abortions, but it would also criminalize the women who have them, and the doctors who perform them illegally. According to The Guardian, “If passed, the legislation would introduce jail sentences of up to five years for causing “the death of a conceived child”. It would apply both to women seeking abortions and doctors and health professional carrying them out.”

Five year jail sentences for victims of rape, for victims of incest, for women who don’t want to deliver a child into the world only to suffer from a birth defect or some other disease…

Meanwhile, in an op-ed piece also in The Guardian written by Krystyna Kacpura, of the Federation for Women and Family Planning, Kacpura writes that “Because the “Stop Abortion” law further criminalises doctors who perform abortions, the sole remaining exception allowing it to be carried out to protect the life of the pregnant woman would be meaningless. Doctors have told us they would err on the side of caution if the alternative might mean spending five years in prison.”

Kacpura’s organization attempted to have a counter-bill discussed in the Sejm on Friday. The “Save Women” bill would have allowed “abortion on request in the first 12 weeks of a pregnancy, increase access to contraception and sex education, and preserve existing exceptions for foetal anomalies until the 24th week, and for rape or sexual abuse until the 18th week.” However, while the “Save Women” bill got enough petition signatures to be discussed in Parliament, it was quickly dismissed. Meanwhile, the discussion over the “Stop Abortion” law continues.

On Monday, women in Poland are going on strike in protest, and we stand with them in solidarity. If you want to keep up, check out the Federation of Women and Family Planning’s website, or the #CzarnyProtest hashtag on Twitter. But be warned, the hashtag has already been clogged up by detractors who are posting all sorts of heinous, sexist, and racist imagery.