The question of women in comedy can at times (read: most of the time) be vaguely ridiculous, and frequently conflated. Are we talking about the actresses, who may have trouble finding well-rounded or non-cliched characters to take on? Are we talking about the writers, who often face writers’ rooms that are not exactly equally distributed, nor always welcoming? Both are going up against a world which sporadically bursts into debates over whether women are as funny as their male counterparts, which can seem especially ludicrous in times like these, when television is experiencing a veritable renaissance of funny women showcasing their talents, Amy Poehler and Tina Fey exist as a whole different type of triple threat (writer/actor/producers), and next season’s new series are looking to be largely dominated by female characters and creators.

But the question itself played itself out a few dozen posts ago. Bored now. So instead of further “debate,” we decided to showcase a few of the talents of women from the writing staffs of some of our favorite TV comedies.

Now, don’t get us wrong: there are plenty of underrated male TV writers out there, too. In fact, when we’re lucky, they mesh together and create something truly great, and one thing to keep in mind is that television writing is nearly always a hugely collaborative process. But there’s no business like show business, and sadly the writing staff of many shows still heavily leans towards the Y chromosome.

So as great as all the Chuck Lorres, Dan Harmons, Steven Levitans, and Michael Schurs floating around out there are, we thought we’d shine a light on the lesser-seen women behind the scenes of our favorite television comedies. And no, that doesn’t include the likes of Tina Fey or Amy Poehler; they are undoubtedly brilliant at what they do, but at this point they have proven themselves as the patron saints of comedic women on television. With any luck they’ll be around for decades to come, but we’ve also got to make room for some other ladies along the way. These are the people who might not yet be household names, but who damn well deserve to be. 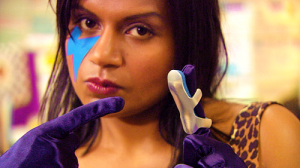 Career Highlights: Her entire tenure on The Office.

Mindy Kaling is probably the most recognizable name on this list. She’s been playing The Office’s Kelly Kapoor since the show’s premiere in 2005, and she’s been a staff writer for just as long. In fact, if you’re an Office fan, you can almost surely attribute at least one of your favorite episodes to her; “The Dundies,” was her first official “written by” credit, and she co-wrote “Niagara” (also known as one of the most perfect wedding episodes in the history of sitcoms) with Greg Daniels, as well as a number of other classic episodes. And in 2008, she started getting credited as a co-executive producer. But even though you may already know who she is, it’s practically guaranteed that you’ve only seen the beginning of a prolific career. She’s brilliant and she hasn’t won an Emmy yet (unless you count as a part of the monster ensemble of The Office), so she’s still fair game in the “underrated” category. In November, she releases her first book, entitled Is Everybody Hanging Out Without Me? (And Other Concerns), which going by the extended preview released a while ago is going to be a book worth reading. She is currently writing a romantic comedy called The Low Self-Esteem of Lizzie Gillespie, which we can pretty much guarantee you will be better than most romantic comedies of the past decade. She also portrayed Ben Affleck in a play called Matt & Ben, which she co-wrote with her best friend, Brenda Withers. That’s pretty badass. 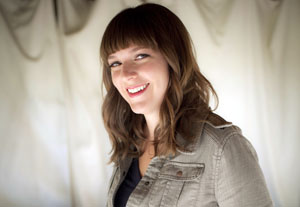 Credits: The Orlando Jones Show, Blue Collar TV, Just For Kicks, My Name is Earl, Community, and next season she’ll be writing for Happy Endings

Career Highlights: My Boyfriend Wrote a Book About Me, “Beginner’s Pottery” episode of Community

A former writer for the Emmy-winning series My Name is Earl, Hilary Winston recently wrote a book called My Boyfriend Wrote a Book About Me because, well, her boyfriend wrote a book about her (referring to her as the “fat-assed girlfriend”) and Winston was not happy. Her book is simultaneously biting and nostalgic, and frequently hilarious, as she walks readers through her entire romantic life and the pitfalls surrounding it. Winston has also spent the last two seasons as a writer and producer on Community, and is responsible for such episodes as “Football, Feminism, and You,” “For a Few Paintballs More,” and “Beginner’s Pottery,” which introduced Community fans to a different definition of the term “ghosting”. Next season, she moves over to ABC to write for the sophomore season of Happy Endings. Wherever she goes, you can pretty much be assured you’ve only seen the beginnings of what she can do. 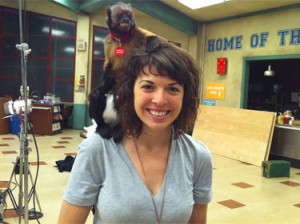 Starting out as a writer for, then editor of, The Onion, Megan Ganz wrote the bottle episode (“Cooperative Calligraphy”) of Community, also known as the episode most likely to be submitted as the sample to demonstrate how worthy the show is of an Emmy win. In an interview with the A.V. Club, Harmon said of Ganz: “I think Megan is a remarkable writer, and I just took an immediate liking to her because I came up through features, and I came up through luck and craziness … I perceive Megan’s personality as bright and loquacious. And she was the driving force behind, ‘Yes, let’s do this bottle episode.’ She loved the idea, and I think it was a stressful time for her, too, because all of a sudden she’s stepping up, and she’s at the whiteboard … Megan’s got a great gift for dialogue, and her passion for the show is so evident in that episode.” Harmon’s been lauded recently as one of the best showrunners out there, so a recommendation from him could go a long way for Ganz. 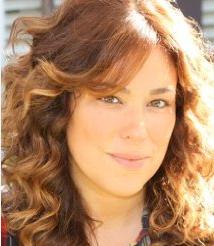 Credits: Creator of As Told By Ginger, Emily’s Reasons Why Not, Hung, Aliens in America, Consulting Producer for Parks and Recreation

Career Highlights: As Told By Ginger, “Ron and Tammy: Part Two” episode of Parks and Recreation

Creator of the Emmy-nominated animated teen series As Told By Ginger (about a geeky group of friends trying to make it through middle and high school), Kapnek’s been around the business for a while but has yet to really garner the praise she deserves. She’s made a number of impressive contributions to the television world since then, but none quite so epic as the penning of Parks and Recreation‘s “Ron and Tammy: Part Two,” the second episode to feature Ron Swanson’s, uh, tumultuous relationship with his ex-wife, Tammy (played by Megan Mullally). She even made The Hollywood Reporter‘s list of “12 Drama and Comedy Writer Contenders to Watch,” as the episode is being lauded as one of the ones to watch as Emmy nominations roll around. Kapnek’s got a knack for writing side-slappingly hilarious situations with an undeniable warmth underneath it, and with the creation of one series already under her belt, we’d love to see what she has to say with another. 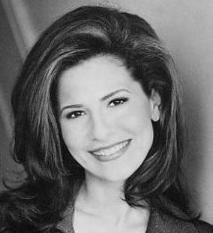 Working as an actress and stand-up comedian for much of the beginning of her time in show business, Cutler then made a pretty successful transition to screenwriting. She’s worked as a producer and writer on a bunch of different things, but what grabbed our attention was that she was the writer behind Community‘s first season paintball episode (“Modern Warfare”), which is quite possibly the show’s most famous and well-reviewed episodes so far. She also co-wrote the episode “Contemporary American Poultry,” a brilliant homage to movies like Goodfellas, which some consider to be just as brilliant. 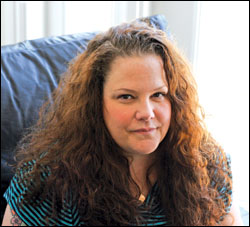 Spivey was staff writer for Saturday Night Live since 2008, recently making the jump out of sketch comedy. She wrote the “Eagleton” episode of Parks and Rec, in which Parkey Posey stars as Leslie Knope’s arch nemesis. Next season may mark one of her biggest breaks, however, as she got the green light from Lorne Michaels to create the show Up All Night, starring Christina Applegate and Will Arnett as a former party-couple adjusting to life with a new baby. 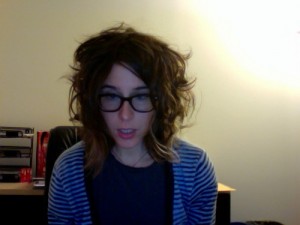 Starting out as a staff writer for South Park, Karey Dornetto’s moved through an impressive number of shows since her career began in 2002, and she’s about to make another one–just now she’s made the jump from Community to Portlandia. She just finished writing/drawing her first book, which is apparently going to be called 101 Ways To Shave Your Ass. She also co-wrote the “Contemporary American Poultry” episode with Emily Cutler, and was the creator of that The L Word parody, “Hi, I’m Ilene Chaiken.”

In the words of Ms. Fey herself, in response to Christopher Hitchens‘ debate over the funniness of women, “It is an impressively arrogant move to conclude that just because you don’t like something, it is empirically not good. I don’t like Chinese food but that doesn’t mean I write articles trying to prove it doesn’t exist.”

I, however, did just write an article proving that it does.

Er. Funny women. Not Chinese food. The jury’s still out on that one.