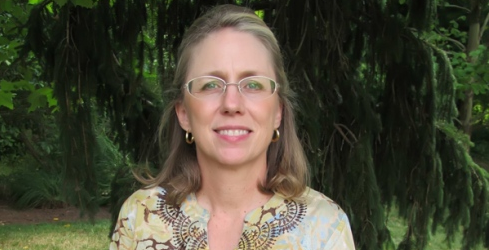 Army Colonel Ellen Haring (pictured) and Command Sergeant Major Jane Baldwin are the plaintiffs in the suit dismissed by the Pentagon last month. Haring was selected and trained for a job overseeing female soldiers in combat zones before being passed over for a lower ranking male officer with combat experience. Baldwin says she has been passed over twice in her career. The Molly Pitcher Project, a legal aid project that searches for female members of the armed forces with strong evidence of discriminatory practices in order to prove to the Pentagon that its ban on women in combat roles has to go, brought the two together. And though their case was dismissed, Haring, Baldwin, and the Project are adamant that now is the time for them to act.

The inability of women to seek out combat experience in America’s military limits the levels of pay and advancement of those seeking a life-long career in the armed forces, and, as a look at statistics shows, it has not prevented women from engaging in combat. 150,000 armed forces positions remain closed to women (and that’s after a loosening of the ban that happened only this year), and still more than 140 women have been killed and 800 wounded in Iraq and Afghanistan. According to Haring, it was understood that the women she would have overseen in combat zones would probably be involved in actual combat, even though their role was to gather intelligence by searching for and interviewing Afghan women, and even though the ban on women in combat kept them from actual combat training.

“There was this open acknowledgment that they knew they were violating the combat exclusion policy,” Haring said of her training at Fort Bragg. “It was decided, well, we’re going to support this program and not worry about the exclusion policy.”

In “a cruel and potentially deadly irony,” the lawsuit says, women on the cultural teams were blocked from combat arms training designed to help protect them in battle. The lawsuit also says the military circumvents the exclusion policy with semantics by “assigning” women to combat units rather than “attaching” them.

Haring still thinks that the military will eventually remove the barriers between women and full careers the armed forces, “But it may be a long time coming if we don’t put our foot down and demand it right now.”

(via Stars and Stripes.)