Scientists Capture First Ever Images of Female Orgasm Inside The Brain; Totally Hot 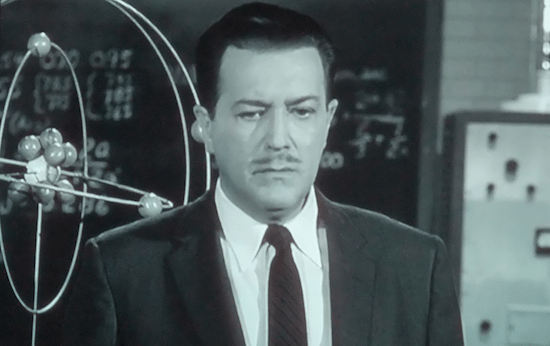 Rutgers University professor Barry Komisaruk has secured his place in history as being the first to capture imagery of what goes on in a woman’s brain before, after, and during an orgasm. Using an fMRI machine, Komisaruk took a series of images of the brain during an orgasm and compiled them into a short animated movie. Using this, he’s hoping to get a better idea of how an orgasm works and what parts of the brain are involved. So hot.

Using the video, scientists can observe how some 80 separate regions of the brain work together during an orgasm. It shows regions of activity across the brain, coloring them with red for areas of low activity and yellow for areas of high activity. Unfortunately, the work has yet to be accepted for publication. It was, however, presented at the annual meeting of the Society for Neuroscience in Washington D.C..

In their description of the research the UK Guardian paints a titilating picture. Hold onto your hats! Parents, you may want to send any young children out of the room.

As the animation plays, activity first builds up in the genital area of the sensory cortex, a response to being touched in that region. Activity then spreads to the limbic system, a collection of brain structures involved in emotions and long-term memory.

As the orgasm arrives, activity shoots up in two parts of the brain called the cerebellum and the frontal cortex, perhaps because of greater muscle tension. During orgasm, activity reaches a peak in the hypothalamus, which releases a chemical called oxytocin that causes pleasurable sensations and stimulates the uterus to contract. Activity also peaks in the nucleus accumbens, an area linked to reward and pleasure.

After orgasm, the activity in all these regions gradually calms down.

While fascinating in its own right, Komisaruk has a practical application in mind for this research. With the information obtained from the brain scans, he hopes to be able to pinpoint where communication breaks down in the brain before an orgasm, thus preventing one. This could lead to a better understanding, and perhaps one day a treatment, for people suffering from anorgasmia, for whom orgasms are impossible to achieve.

The Guardian quotes Komisaruk as saying that there could be some practical applications of this research as well.

“We’re using orgasm as a way of producing pleasure. If we can learn how to activate the pleasure regions of the brain then that could have wider applications,” he said.

One can only assume that Komisaruk said this while comically waggling his eyebrows.

(The Guardian via Roger Ebert, image via James Allenspach)