Hollywood Plans to Create “The Female MacGyver,” and They Want Your Help

No, I said MacGyver. God. 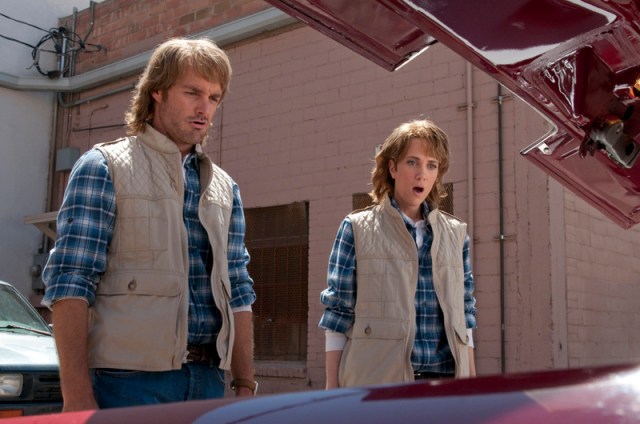 Less than 20% of engineering bachelor degrees are currently going to women, and that number’s only been getting lower in recent years. So what are we as a society to do about this when we need engineers more than ever? Obviously changing the culture to be more welcoming to women would help, but that’s a slow process. In the meantime, giving kids a badass engineering idol to look up to in movies and TV might do wonders.

Of course, Hollywood tends to be pretty hit or miss when it comes to good depictions of both women and technological fields, much less both at the same time. That’s why a number of top producers in the industry—including the creator of the original MacGyver—have joined forces with the National Academy of Engineering, USC Viterbi’s School of Engineering, and the MacGyver Foundation to “engage the worldwide public in a competition to crowdsource ideas for a scripted TV series featuring a female engineer as the leading character.”

The competition kicked off yesterday with an event at the National Science Building in Washington DC, and they are currently taking submisions at their website, TheNextMacGyver.com. Here are some more details from USC Verbiti:

Five winners will be selected from the pool of applicants; each of them will receive $5,000 and the opportunity to pair off with a Hollywood producer—Madam Secretary’s Lori McCreary, CSI‘s Anthony Zuiker, Halo: Nightfall’s Clayton Krueger, and, hilariously, Star Trek’s Roberto Orci—to develop and write their own script. Hopefully you get to pick which mentor you get paired off with and everybody picks the one female producer, because come on, guys. Just one woman? Did you maybe miss the point, here?

Regardless, let’s cross our fingers that this is more than just a feel good publicity stunt and it will lead to a female engineer character actually getting her own show on TV. If you have an idea you’d like to submit, go check out their Twitter page and website, as well as the hashtags #WomEngrTV and #NextMacGyver for more information. You have until April 17th, so get cracking!