Who Are These Female Firefighters Taking Care Of Business At Pearl Harbor? 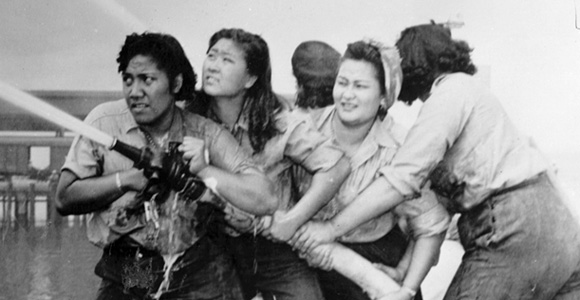 Yesterday marked the 70th anniversary of the attack on Pearl Harbor and to commemorate, MSNBC posted a slew of photographs taken that day. What’s likely to become a new iconic photo is a shot of several women fighting at fire at the scene. And now, the world wants to know who they are. Hit the jump for the full image.

I can absolutely see this being compared to the famous shot of the soldiers raising the American flag at Iwo Jima. 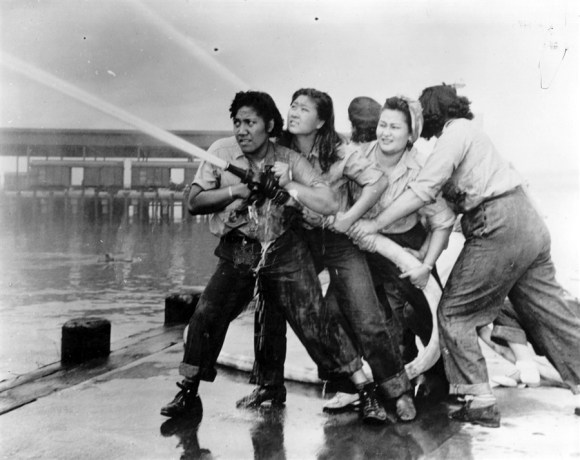 There are several stunning images in the post but the one described as, “Women firefighters direct a hose after the Japanese attack on the US naval base at Pearl Harbor,” (credited to Three Lions/Getty Images) is the one getting all the attention. Who are these women and what is their story? The amazingly diverse group is one of the reasons this image so striking in my opinion.We don’t know their exact ethnicities of course but several commenters on MSNBC are wondering if any of these women are of Japanese decent, could they have possibly found themselves in an internment camp after the attack? I would hope not but we won’t know anything for certain until someone comes forward with information about these brave women.

We all know that women played a big part in that day and World War II as a whole but I just love that new things like this are still emerging from our history.