Ellen Ripley, Our Lady of Survival 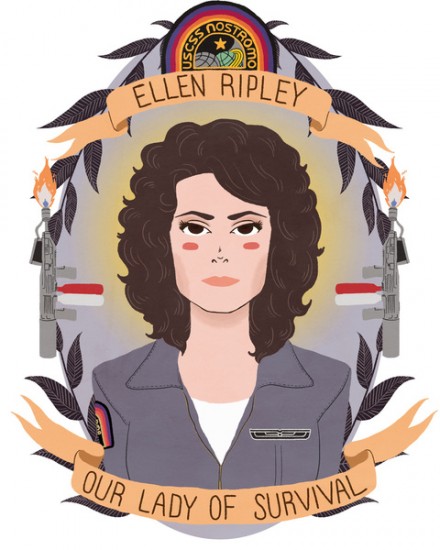 We featured Heymonster‘s series of Patron Saints of Female Characters a while back when it contained only four women, Dana Scully, Liz Lemon, Kara Thrace, and Leslie Knope. The most mentioned possible additions to the pantheon in the comments of that post just so happened to be Ellen Ripley and Buffy Summers. Those commenters might be interested to know that both Ms. Ripley and Ms. Summers have their own prints now, also available as shirts, hoodies, and tote bags right here. Check out Buffy behind the jump. 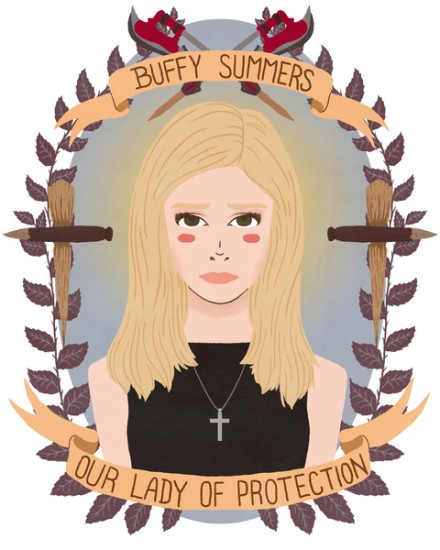