Who Are The Top 50 Female British Power Players? 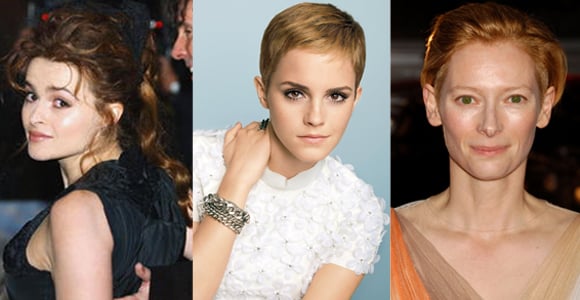 In honor of International Women’s Day, Britain’s Women in Film and TV industry organization published a list of the Top 50 Female British Power Players. It includes women from both in front of and behind the camera as well as those working in Hollywood and the news industry. So who did (and did not) make this year’s list?

Some of the people you’re probably most familiar with are the actresses on the list. Helena Bonham Carter, Keira Knightley, Carey Mulligan, Dame Maggie Smith, Tilda Swinton, and Kate Winslet are among those named but Kate Beckinsale, Emma Watson, Rachel Weisz, Dame Judy Dench, Helen Mirren, and Emily Blunt (nor any Doctor Who companions for that matter) did not make the list.

Britain’s Women in Film and TV industry organization published the list as part of International Women’s Day Thursday March 8 with the aim of celebrating women who have impacted the film and tv industries in the U.K.,” writes The Hollywood Reporter. “To get on the list, a spokesperson for WFTV said the list, drawn up with the help of two U.K. trade publications Broadcast and Screen International, included such elements as power to get a project greenlit, impact on the viewing habits of the public in the U.K. and abroad, influence on broadcast or film culture, and even financial success.”

“We at WFTV are very aware that women are still too few in important media jobs, worse paid in many roles and too easily pushed out of the industry as they age. But we also see the fantastic progress that women are making and we are keen to celebrate it,” wrote Kate Kinninmont, Chief Executive, WFTV UK on their website. “We’re well aware that a different team could come up with a substantially different list and we’re all agreed that we don’t have enough black or ethnic minority names on our list. Perhaps I’m inviting a deluge, but I’d be pleased to see your list –and your arguments for the inclusion of women we’ve missed out this year.”

Who do you feel is the most glaring omission?