Someone Is Putting Felt Vulvas on Statues, and We’re Not Going to Stop Them

Above is a statue of Edward Cornwallis, the British military officer who founded Halifax, Nova Scotia, where this handsome statue has stood since 1931. Cornwallis is best known for trying to make peace with native tribes while attempting to occupy the territory in 1749, and then failing miserably, engaging in a race war with the Mi’kmaq tribe and putting a bounty on the scalps of their men, women, and children. (To be fair, the tribes were also doing their own scalping.) He later became the governor of Gibralter, probably not by winning the Algonquin vote. Anyway, what you’ll see after the jump is a bigger picture of this glorious statue of Edward Cornwallis with a felt vulva.

And here it is! 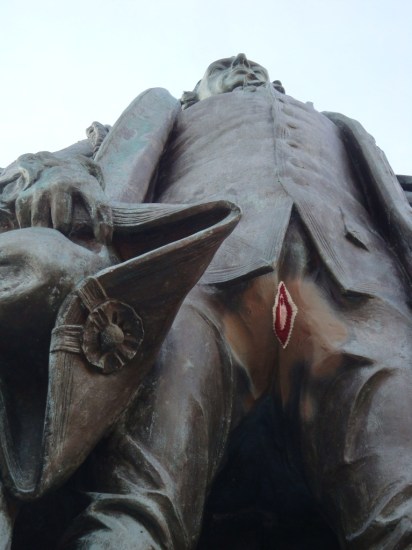 No one is sure who did this, but this could become one of the most subtly hilarious works of street art we’ve seen since yarnbombing, which doesn’t even feature genitals and involves a lot more coverage. And the Cornwallis statue is not the only local monument getting the lady-part treatment; another vulva was spotted on a dragon statue by Halifax’s NSCAD University: 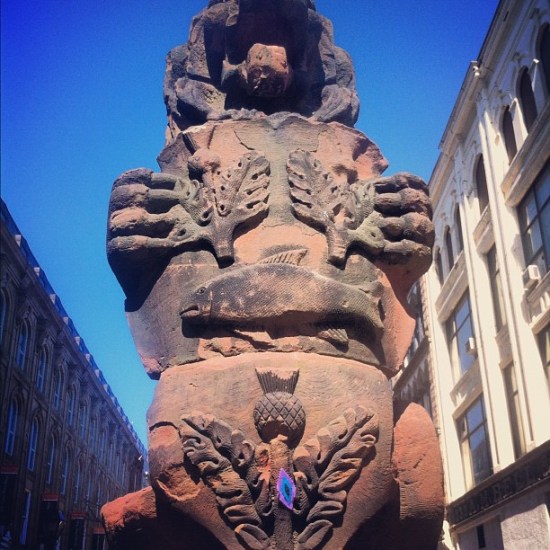 So, who is this, um, serial vulva-nater going around Nova Scotia, putting lady genitals on statues? Do we really want to know? Or should we just allow their identity to remain a secret so we can wait in suspense to see who the next historical figure will be to get the felt vulva treatment? I don’t know about you guys, but this is one of those rare cases where I like surprises. I say let the mystery remain, and let the vulva-nater do his or her work.

I really can’t wait to see who else gets a felt vulva, you guys.