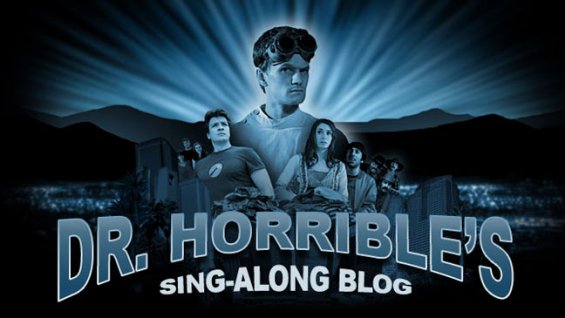 Is it safe to say that everyone reading this website has already seen Dr. Horrible’s Sing-Along Blog, Joss Whedon’s musical web series starring Neil Patrick Harris? If not, tonight’s your chance! It’s set to air for the first time on network television tonight on the CW and star Felicia Day thinks the event is a huge accomplishment for web series. But what did she have to say about the sequel? Read on to find out!

Day, currently the media mogul behind Geek and Sundry, spoke with The Hollywood Reporter about tonight’s special. She said Dr. Horrible was an internet sensation years before its time but she’s excited to see it on television, she doesn’t believe that was the ultimate goal.

“I think the crowning achievement was creating a grassroots phenomenon around the show,” she said. “Yes, it’s an amazing event to be able to be seen by millions of people on television but I think the goal with Dr. Horrible was to show this other path of creative freedom. Walking into Comic-Con and filling a 5,000-seat hall with a web project that was made so low-budget was an immense victory.”

And what can she say about the long-awaited sequel?

I’m just a passive participant in what ever sequel plans they have. I’ve heard many talks about what the follow-up could be and the plans for that. I know it’s probably on the forefront of the Whedon camp’s mind, but I think they’re busy with a lot of other things but it seems to be a lot more positive nowadays. Hopefully a whole new audience finds Dr. Horrible as something new is going to be really motivating and exciting to see other people discover it for the first time.

But she does agree this whole TV thing is kind of a big deal. “It’s a big victory as far as mainstream Hollywood acknowledgement of web series as a legitimate format,” she said. “I really hope that it’s not just a singular thing anymore, that it becomes a trend. That’s my biggest hope.”