No, Kevin Feige Didn't Say That About Loki's Role in 'Avengers: Infinity War' | The Mary Sue

No, Kevin Feige Didn’t Say That About Loki’s Role in Infinity War 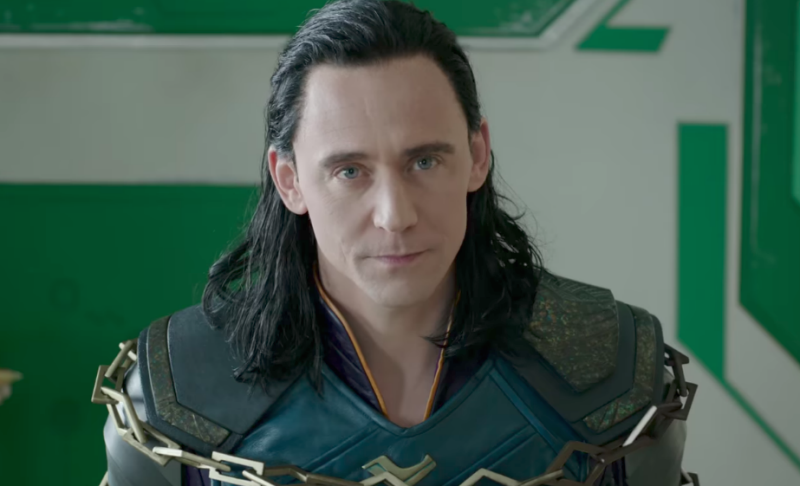 A couple of weeks ago, an earthquake went through the branch of the MCU fandom that loves Loki. But what you may have heard was not what was actually said by Marvel Studios’ president Kevin Feige.

Yesterday I covered Feige’s remarks to the crowd at Brazil’s Comic Con Experience regarding Thanos. Feige related that the first five minutes of Infinity War would crown the Mad Titan as the “biggest and baddest villain in the history of the MCU.” While that commentary got a lot of coverage and speculation across the universe of geek press, less reported is what Feige said immediately thereafter, which concerns our favorite God of Mischief.

That is unless you are active within the MCU fandom, in which case you likely heard what Feige “confirmed” about Loki weeks ago—and you heard it erroneously. The Brazilian Con took place December 7-10, and after what was tweeted by the Brazilian entertainment outlet Omelete immediately following Feige’s appearance, a lot of people got the wrong idea.

This started what I can only describe as total panic and then angry pushback on Tumblr and Twitter. Omelete was the original source of the “Kevin Feige confirms that Loki is an ally of Thanos” rumor, but it spread like wildfire. I can understand why: their Twitter account has 900k+ followers and its bio touts it as the largest entertainment website in Brazil. Their reporting on the matter would seem legit, and obviously, we’re all hungry for hints for what’s going to happen to our heroes (and antiheroes) in Infinity War.

Whether this was a case where Omelete’s Con sources were wrong, they were trying for clicks, or—most likely—something was lost in translation, what happened here is a good lesson in not taking every headline literally or as a fact without more digging. On the other hand, Omelete did seem pretty damn sure, since they doubled down thirty minutes later with an article: 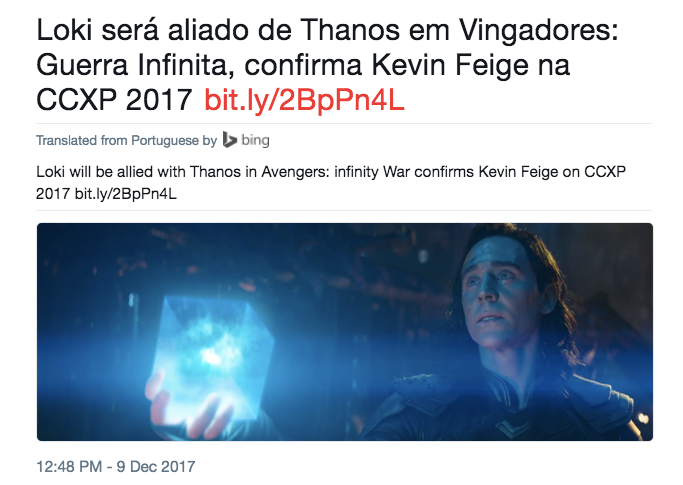 So Loki fandom pretty much lost its damn mind. There were a ton of outraged and skeptical posts made about Feige’s alleged comment after Omelete’s tweets hit the Internet, some of them admittedly awesome:

I tried to calm people down because I was sure that Kevin Feige would eat the Avengers: Infinity War script without sauce before dropping as big of a spoiler as “Loki is an ally of Thanos” in front of thousands of rabid comics fans.

And it turns out that I was mostly right. Now that there’s a video of Feige’s appearance on YouTube, intrepid fans found and listened to what he actually said, rather than relying on secondhand reporting via translation. Per the infinity-war-news fan tumblr (emphasis mine):

The Kevin Feige part of the panel at the recent convention in Brazil…you know, the one that got everyone talking about Loki being an ally of Thanos.  As I suspected, that’s not exactly what Kevin said.

The moderator asked: “Does [Thanos] have company?”

And Kevin replied: “He’s got some company.  There’s some old faces that you’ll recognize.  A certain brother of Thor might show up for a while.”

There is a HUGE difference between being in the COMPANY of Thanos and being an ALLY of Thanos.

So can we all calm down now please.

Here, here. You can watch the video for yourself below—this is the exchange that happens (starting at 2:00). Maybe we’re splitting hairs and semantics here, but I don’t think so. Feige saying that Loki could be in Thanos’ “company … for a while” is a very different animal than reporting that Feige straight-up confirmed that Loki is an ally of Thanos.

With Feige’s actual statement, this could imply that Loki isn’t in Thanos’ “company” voluntarily (remember how Thanos promised Loki a world of pain if he failed to get the Tesseract in The Avengers. Well, Loki failed). Or else, most likely, “for a while” means that since Loki will inevitably Loki, he has a lot of tricks up his sleeve and could appear to have shifting allegiances throughout the film—and none of us can possibly know which side he’ll ultimately take.

(I’ve made it clear why I think Loki won’t betray Thor after the events of Thor: Ragnarok, but of course, Infinity War will have its own characterizations and is not directed by our Lord and savior Taika Waititi.)

“But ultimately,” Feige adds after his “Thanos’ company,” remarks, “Thanos doesn’t need much help. He can pretty much take care of himself.” Let’s keep this in mind, and let’s remember going forward to take every rumor with a big ol’ grain of salt.

What really matters to me—what I’m going to cling to from Feige’s comment—is that it seems like at least Loki won’t be dying within those first tragic five minutes of Infinity War. And for now, that’s enough.