And you can stream them all right now. 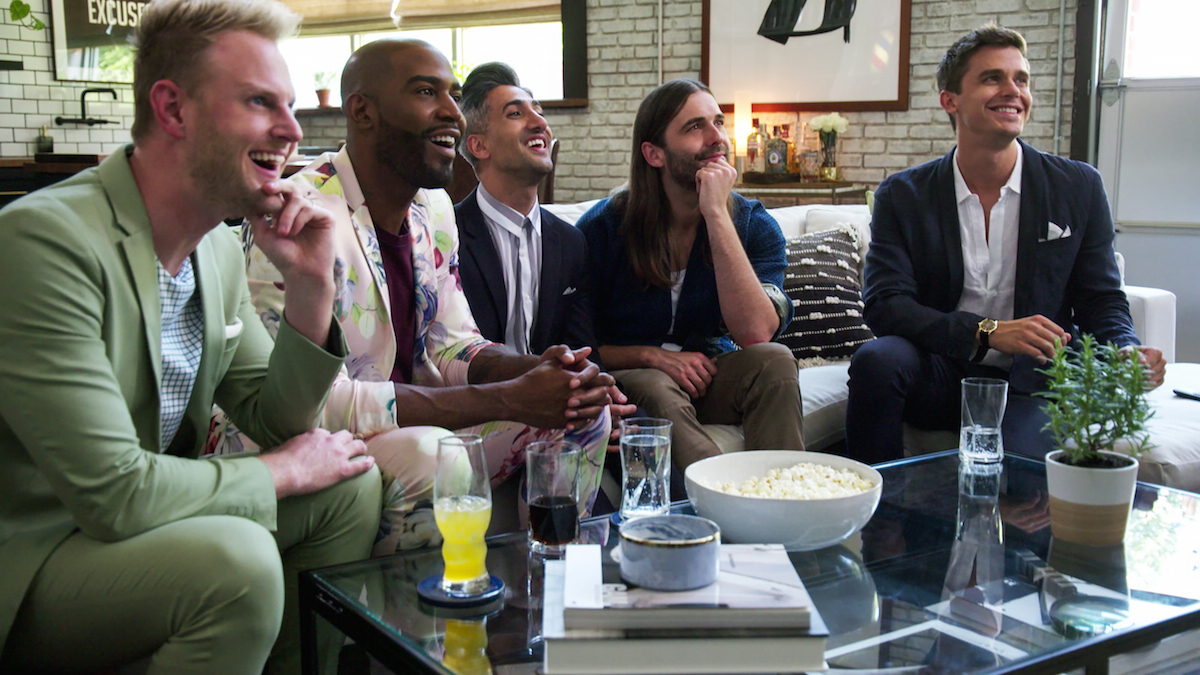 I watch a lot of dark TV. I love true crime, I love gritty stuff and sad stuff and dark, twisted sci-fi or period stuff. But sometimes we all need a break, both from the darkness of entertainment and the horror show that is our current news cycle and political landscape. Sometimes you just want to watch something where everyone is good and nice and kind to each other, shows that feel like a televised hug. These are some of my favorites. 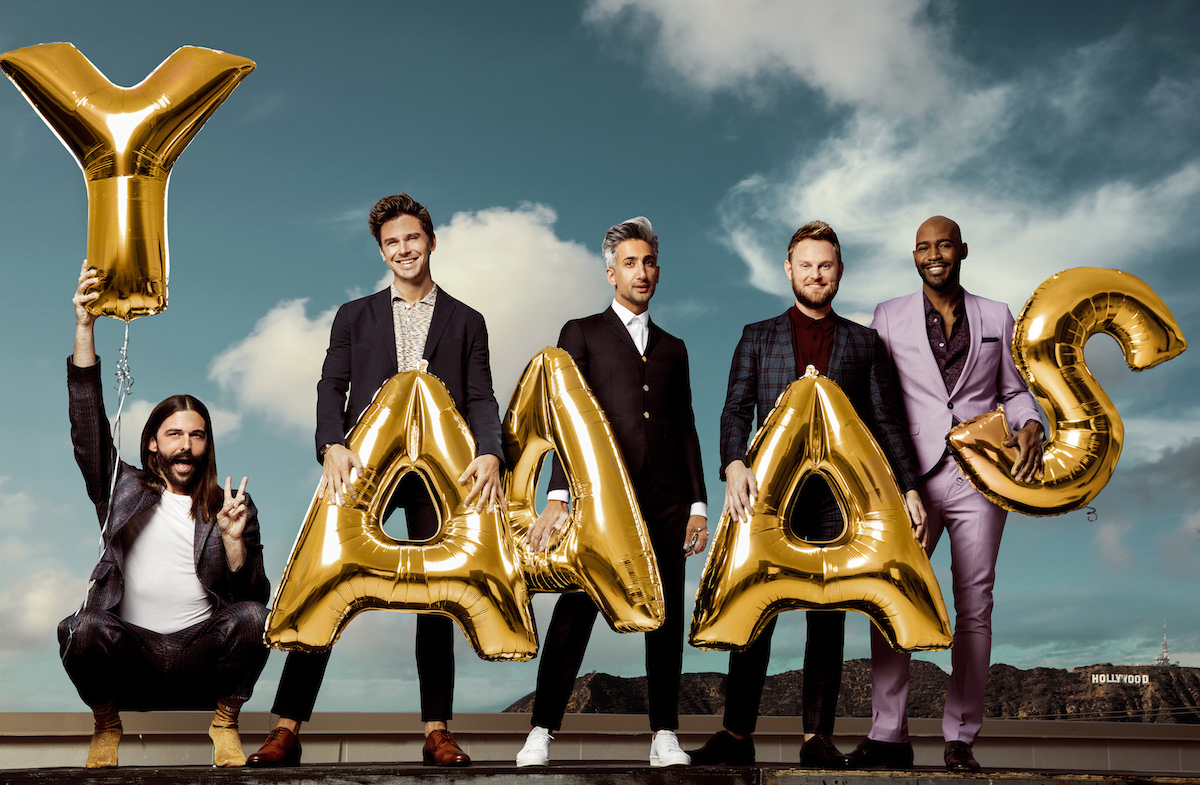 The second season of the new Queer Eye comes out this Friday, and if it’s anything like the first, it’ll be a perfect feel-good balm. The show, which is all about self-confidence and self-care, definitely did make me cry with just about every episode, but in the best way possible. 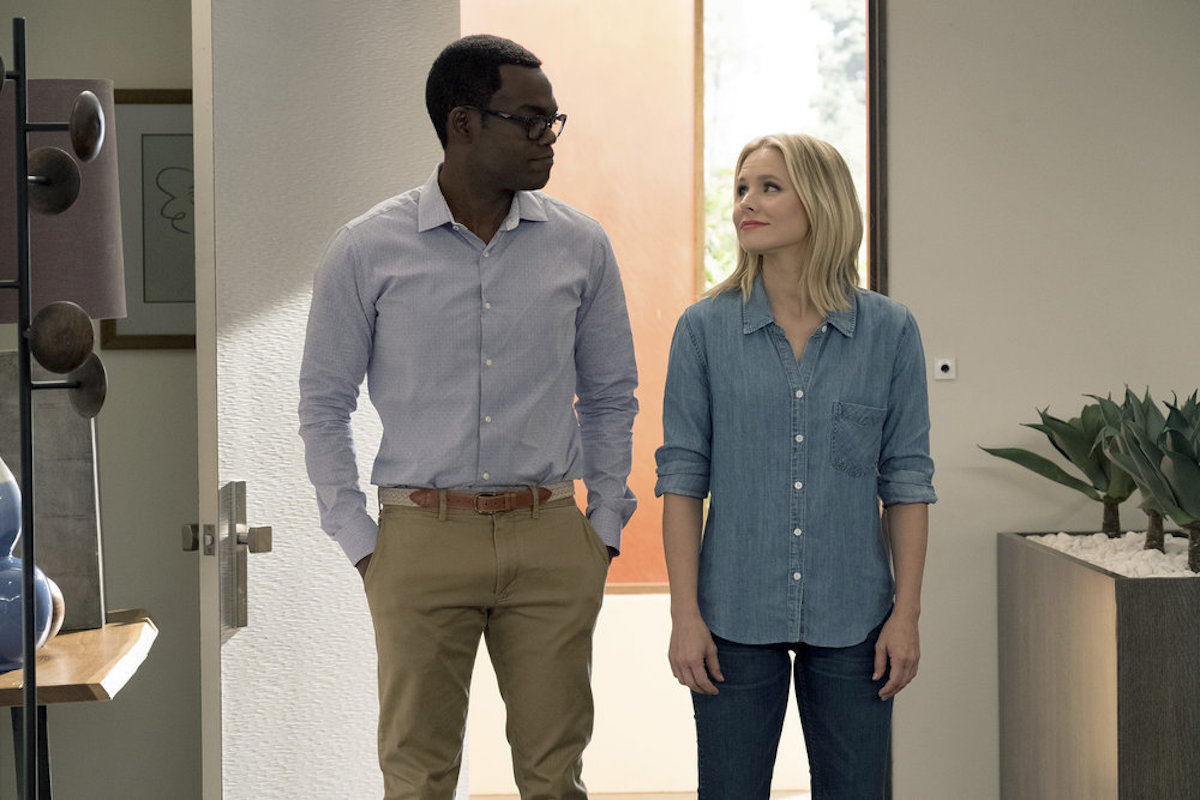 It’s pretty amazing that a show about a terrible person fearing for the fate of her soul ended up being what might be the kindest comedy on television. Mike Schur is no stranger to goodness and kindness, as he created Parks and Recreation, and The Good Place is its perfect spiritual successor. It’s a show about people trying to better and helping each other along the way. It’s a hilarious, well-written show that might actually bolster your opinion of humanity.

Wouldn’t you know it, it’s Mike Schur again. This time he brings his particular brand of kind comedy to another unlikely setting: a police force. Brooklyn Nine-Nine has some of the best toxicity-free friendships–both male and female, both of which are in short supply on television–not to mention one of TV’s strongest relationships in Jake and Amy. Every single supporting character is a joy to watch and totally dedicated to the emotional support of their friends and partners. Even Gina. 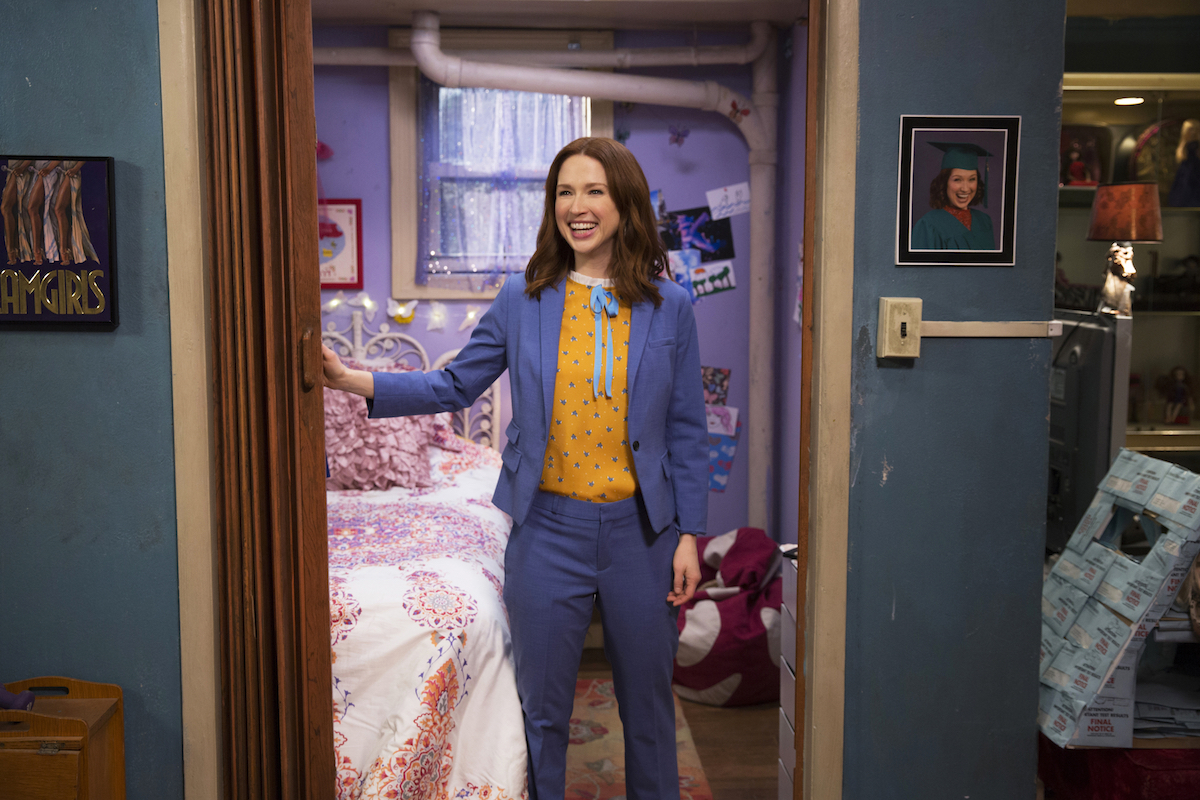 I almost didn’t include this one as Kimmy has to deal with a lot of less-than-kind characters on the show. But the core of every episode is Kimmy’s relentless optimism. She may have been kidnapped and trapped in a bunker for 15 years but she still sees the good in the world above all else and that’s (sometimes exhaustingly) inspiring. 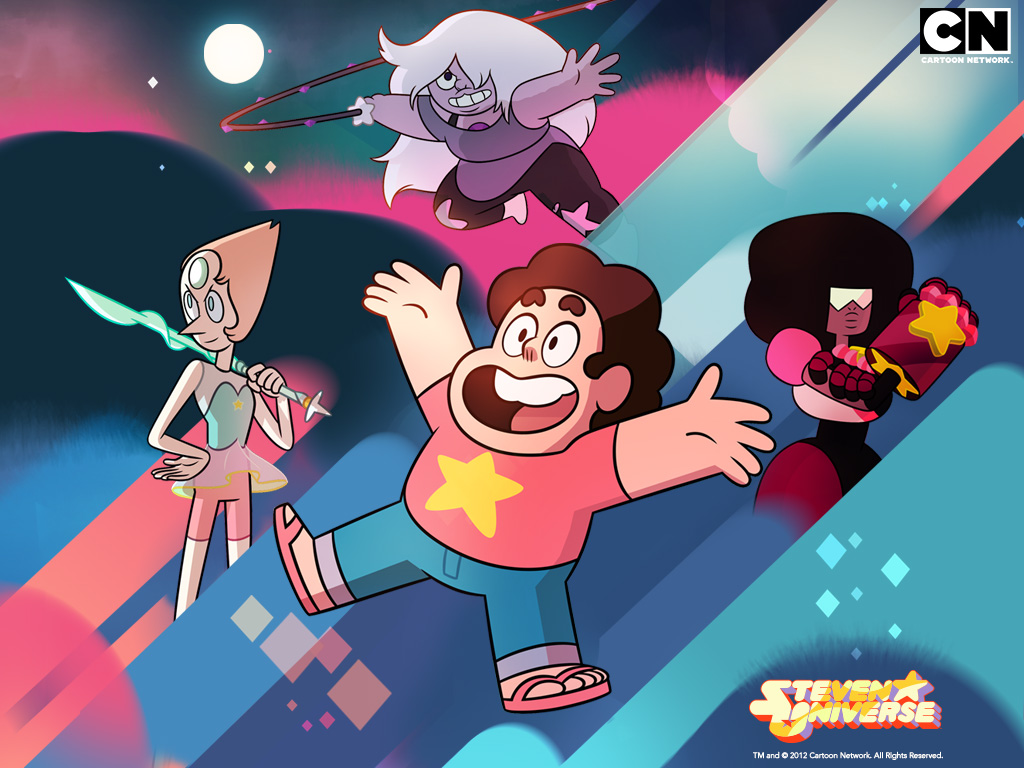 Ostensibly a kids’ show, Steven Universe is a basically an animated hug of queer representation and awesome music. When characters have issues with each other, they talk them through, openly and maturely discussing their feelings. Where else can you see that on television? When I’m feeling down on myself, I quote Steven Universe: “If every porkchop were perfect, we wouldn’t have hotdogs.” 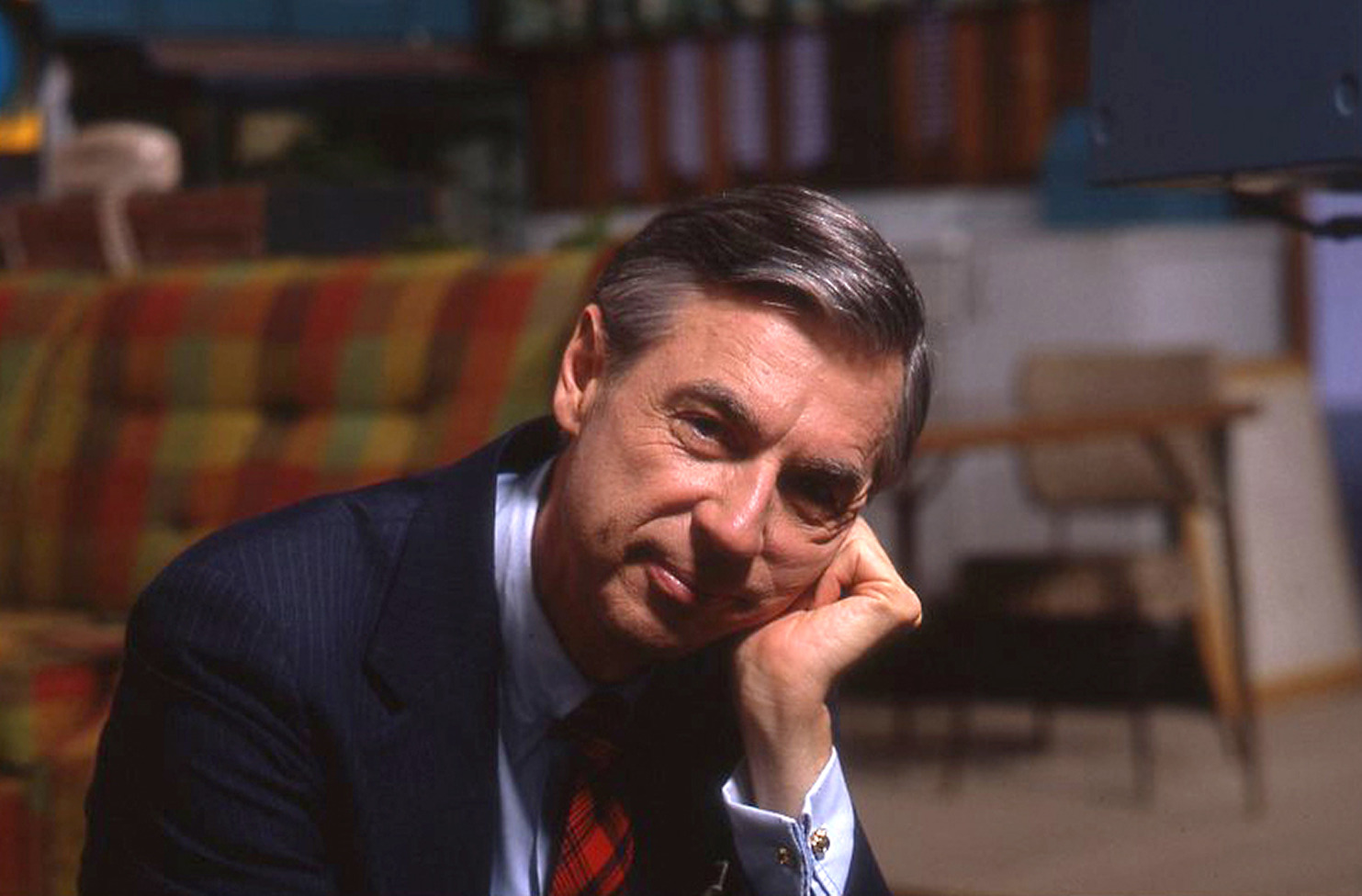 There has likely never been a kinder man on television than Fred Rogers. He wanted every single one of us to feel loved and seen. He’d never met most of us, but he knew we were special and he wanted us to know that too.

Stream on: PBSKids.org, or through the PBS Kids subscription on Amazon Prime. (You can start with a week’s free trial!) 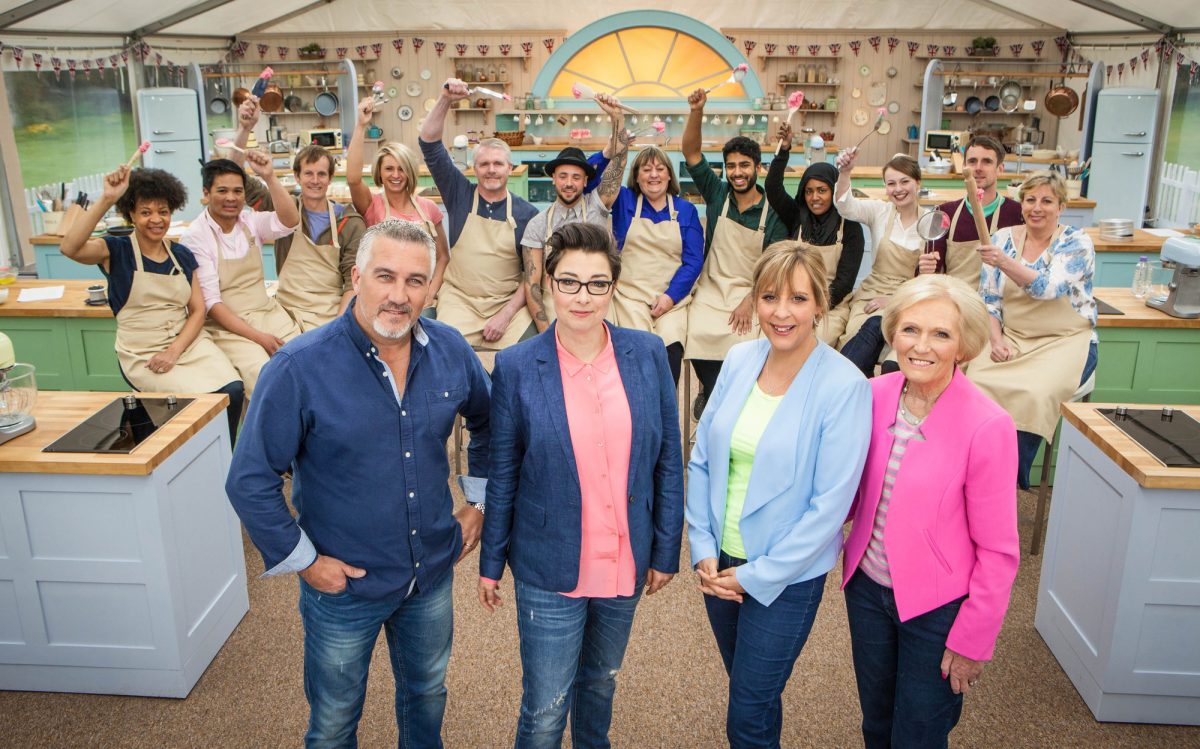 Is there anything in the world more comforting than this show? I’m not the biggest fan of reality TV competition shows, and when I do watch them, I’m the kind of person that fast-forwards the fighting and drama, i.e. pretty much the reason those shows exist. That’s why I love The Great British Baking Show. There’s no fighting, no drama, just a bunch of really nice British people who really love baking and being kind to each other. I want to live my entire life inside the GBBS tent.

What are your favorite feel-good shows? Let us know in the comments!