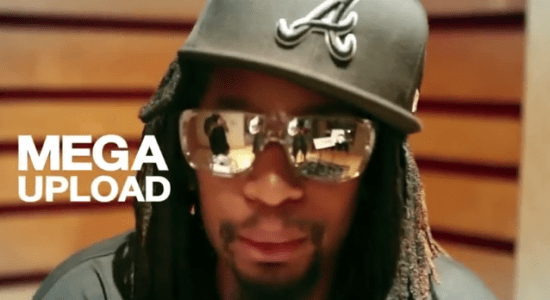 MegaUpload has been catching some flak in this most recent push against piracy. Neither the MPAA nor the RIAA are particularly fond of the site. But do you know some of the people who are fond of it? How about Kim Kardashian, P Diddy, Will.i.am, Alicia Keys, Snoop Dogg, Chris Brown, Kanye West, Lil John, Mary J. Blidge, Jamie Foxx and more. In fact, they are so fond of it, they all contributed to a strange, but heartening little music-video-jingle sort of thing that talks about how awesome MegaUpload is, and how they all use and support it.

In a recent video by Creative America, MegaUpload founder Kim Schmitz aka Kim Dotcom was protrayed as priracy profiteer incarnate. (Skip to 5:10 for the bit about him) The video brings to light that Schmitz has been convicted of “computer hacking” and uses his oversea’s based site as an example of the horrors of sites that aren’t run from the good old USA. You’d think that this kind of bad publicity would result in an outcry from content creators everywhere, whose profits are being gouged by this monster, right? Right?!

Turns out he provides an exceedingly useful service that many artists actually use and want to keep around. That being the case, we now have a completely surreal video of A-list stars lauding the the benefits of MegaUpload and just talking –and singing– about their video sharing habits in general. We live in a weird world folks. A cool one, but a weird one.

The video has been removed from YouTube after a copyright infringement complaint from Universal Music Group. But you can watch it here.