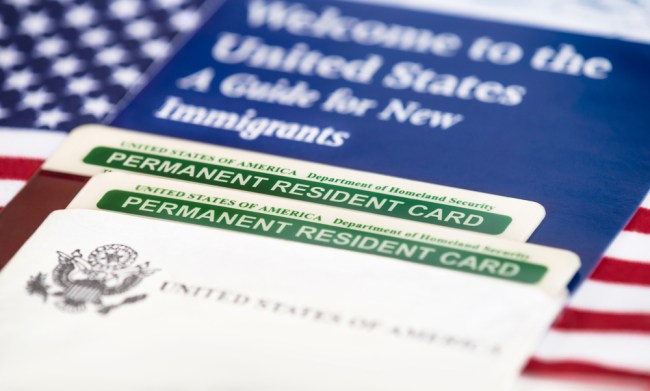 The battle over Trump’s outrageous executive orders is going to be long and hard, but representatives of the people enjoyed a small, crucial victory this weekend. Federal judges in New York, Washington and Virginia ruled that valid visa and green-card holders who are currently in transit or in the U.S. cannot be deported as a result of the orders, imposing a temporary emergency stay on the orders, while judges in Massachusetts went further and issued a seven-day stay on the orders.

First, in Brooklyn, a federal judge issued an emergency temporary stay on the orders. It applies nationwide. Travelers with valid visas or green cards who have already arrived in the U.S. or are currently in transit cannot be deported. This does not mean they will necessarily be released from detention, but they cannot be sent back. The ACLU argued the case on behalf of two immigrants detained at JFK Airport, and a huge crowd cheered the decision in the street. “This ruling preserves the status quo and ensures that people who have been granted permission to be in this country are not illegally removed off U.S. soil,” said Lee Gelernt, who argued the case. Judges in Virginia and Washington came to similar conclusions.

Massachusetts, as is its wont, went further, allowing travel from the banned countries in and out of Logan Airport for the next seven days. In their ruling, Judges Allison Burroughs and Judith Dein wrote, “Customs and Border Protection shall notify airlines that have flights arriving at Logan Airport of this Order and the fact that individuals on these flights will not be detained or returned based solely on the basis of the Executive Order.”

However, there are some worrying signs for the road ahead.

First, the Department of Homeland Security issued a statement that seems to flagrantly disavow the rule of law. “President Trump’s Executive Orders remain in place–prohibited travel will remain prohibited, and the US government retains its right to revoke visas at any time if required for national security or public safety,” read an issued statement.

Later in the statement, the Department also said, “The Department of Homeland Security will comply with judicial orders; faithfully enforce our immigration laws, and implement President Trump’s Executive Orders to ensure that those entering the United States do not pose a threat to our country or the American people.” What? They cannot comply with the judicial injunctions and implement Trump’s orders at the same time. This statement is bound to cause more cruel confusion, just like the orders themselves.

Second, given how crucial the courts will be in defending the rights of non-citizens, it is also terrifying to think of the effects of Trump’s potential nominees to both the Supreme and federal court systems. The judicial system is largely out of the hands of the voters, but I’d recommend calling your representatives to let them know you fully support an obstructionist attitude toward any monstrous nominees.

(Via CNN, The Independent, and ACLU blog; image via Shutterstock)